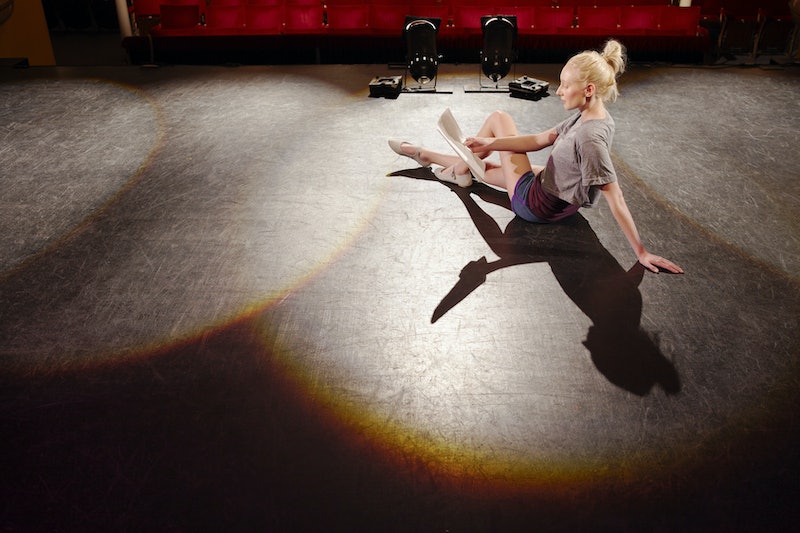 Becoming an actress has long been a symbol for struggle. In an industry overrun with hopefuls, it's difficult to get one's foot in the door, let alone become an actual bona fide star. Thus, actresses must turn to trolling multitudes of casting call notices, searching for descriptions they might fit and roles they're willing to take, but according to Miss L, the anonymous creator of the Casting Call Woe, they also face rampant sexism.

In an interview with the Telegraph, Miss L calls the blog "a way of showing the world a side of the industry that it doesn’t generally see." Because while we're educating ourselves more and more about the gender disparity in the entertainment industry, we're often speaking only of folks in the limelight in places with a large reach.

On Casting Call Woe, Miss L posts hundreds of one-liners from average casting calls. Many of the requests are simply strange, rather than sexist; one poster calls for actors who "MUST NOT have an issue with being covered in blood" or "someone who can eat fire while back flipping over midgets and then tap dance to Irish folk-metal." But a few take a rather sharp turn towards sexism, that for the most part, seemed quieted in the more visible areas of the industry.

Here are some of the worst examples of casting requests:

Who needs a degree from MIT? I've got breasts and Louboutins!

"Although geeky, she is very attractive."

Can you believe it? A woman with interests in something other than shoes? And she's attractive? By jove, what a miraculous find.

"A very intelligent yet beautiful woman."

There are no words to describe how stupid this is.

"Male - fully clothed. Female - dressed in thong, semi-naked at times, has to do casting in underwear."

Perhaps it's actually an art piece designed to literally depict the entertainment industry's penchant for objectifying women and treating them like pieces of meat while men maintain their clothes, which are a symbol of their power? Nope. Just a sexist request.

"She should be wearing an apron with maybe a floral pattern on it (to underline femininity.)"

No, darlin. That's not an actress you're looking for. That's 1950s television housewife June Cleaver.

Do you consider yourself to be a human definable pieces of sexy clothing and detrimental stereotypes? This movie is for you!

Really? I hadn't noticed this industry's grotesque obsession with sex. Thank you for enlightening me.

"An unemployed actress reduced to homelessness. No pay."

Are you fucking kidding me?