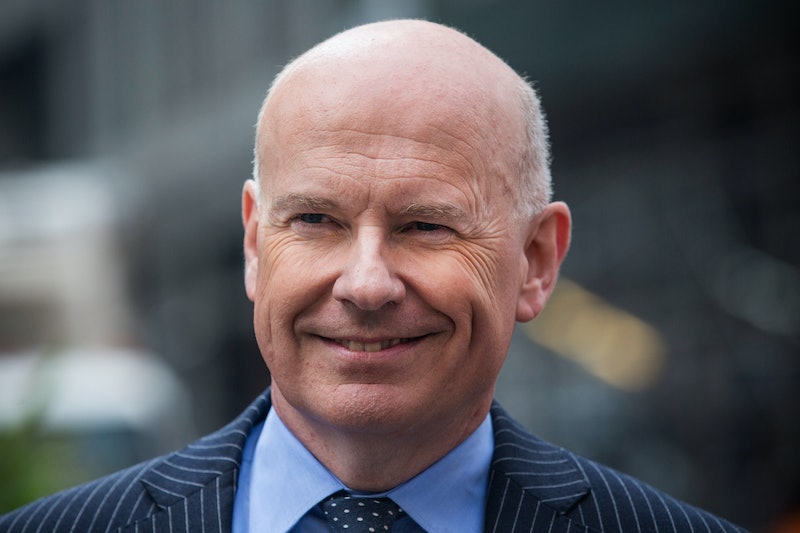 As the fourth GOP debate kicked off Tuesday night, a lot of people were more interested in moderator Gerard Baker, the editor-in-chief of The Wall Street Journal, than the actual candidates. Since Baker isn't a TV personality like his fellow moderators, Maria Bartiromo and Neil Cavuto, people watching were thrown by Baker's British accent, especially considering he was moderating a United States presidential primary debate. His accent, as well as his bald head, led to some pretty hilarious Gerard Baker GOP debate memes on Twitter.

As eight Republican presidential candidates touted their patriotism and plans to fix America on stage in Milwaukee, a British native was firing questions at them. While being a "natural born citizen" is only required of the candidates themselves, many were confused about why a foreigner was leading the debate. On the other hand though, some people loved the accent and wanted Baker to ask every question. So, it's safe to say he got a mixed response from America.

On top of the foreigner jokes, Baker's name sounding a lot like Gerard Butler's led to some very entertaining Sparta memes (and there's never a bad time for photos of a shirtless Butler).