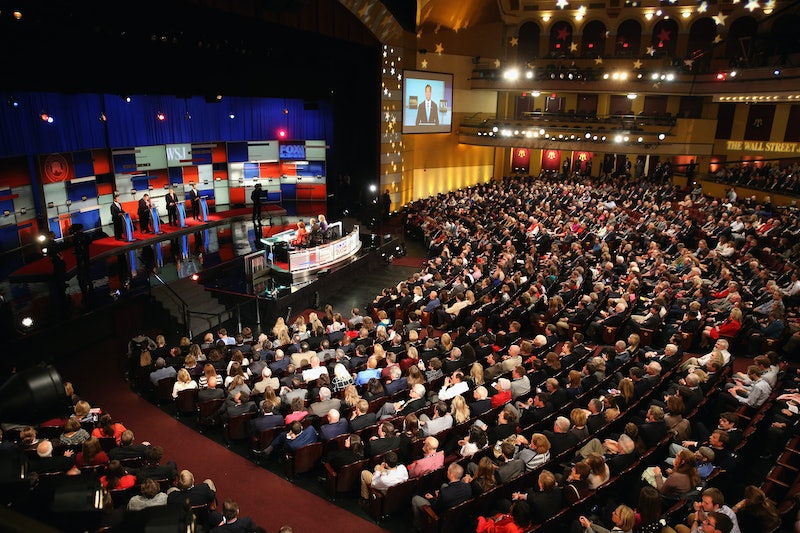 For all the pageantry and overall hype preceding the fourth GOP debate, one omission stuck out. The introduction video to the debate itself, held in the Milwaukee Center, highlighted the historical importance of the venue as well as touching upon the importance of the event. Onstage, the color guard marched and the "Star-Spangled Banner" was performed. Who sang the national anthem at the GOP debate? Don't ask host network Fox Business, because they completely failed to mention her name in the least bit. Live tweets of the Republican debate provide little insight as well.

There was no specific graphic showing the name of the singer, nor did Fox Business personality Lou Dobbs mention who was onstage as he announced the start of the fourth GOP debate. Surprisingly, very few social media reactions mentioned the omission. A majority of those tweeting about the national anthem had more to say about how the rendition was done or the fact that it was even performed at all rather than expressing curiosity over who was singing. Many panned the performer while others likened the spectacle to that of a baseball game or similar sporting event. In all fairness, the "Star-Spangled Banner" has been consistently performed prior to each and every debate this election season. However, usually the person singing is at least formally announced.

What's truly amazing about having no on-air announcement is the fact that when Fox News Politics did tweet who sang the national anthem, it was revealed to be none other than one of their very own journalists. Politics reporter and Strategy Room producer Brooke Singman took the stage to sing the national anthem, repeatedly calling the opportunity to perform an honor.