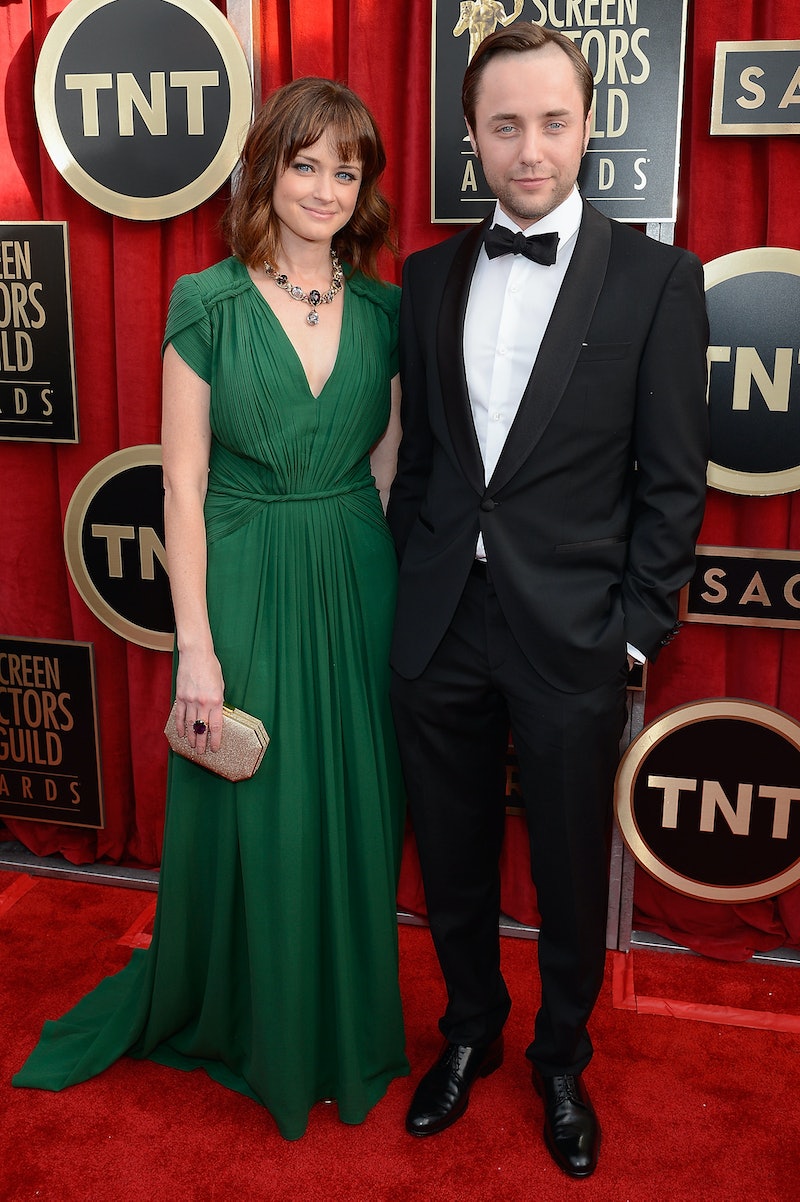 Potentially huge news for the following fan groups: Fans of Alexis Bledel, fans of Vincent Kartheiser, fans of Rory Gilmore, fans of Gilmore Girls, fans of Pete Campbell (all, like, two of you), and fans of Mad Men. If you count yourself a fan of any of these, listen up: According to a source speaking to Celebuzz, Gilmore Girls star Alexis Bledel is pregnant with her and husband/Mad Men star Vincent Kartheiser's first child. Rory's might be a mom soon, guys!

Of course, considering this news is but a report at the moment, take it with a grain of salt — but according to the source speaking to Celebuzz, it's definitely on. "They are expecting but they don’t want a lot of people to know... only close friends and family know about the baby." The source reportedly continued, "[Kartheiser]’s trying to keep it quiet... but he’s very happy about the news."

Bledel and Kartheiser have been married for a little over a year now, and though they haven't spoken publicly about wanting to start a family (the duo is, usually, very quiet about their personal life and their relationship), this news definitely seems believable. Also, I want to believe it, because how adorable would their baby be with both their blue eyes?!

Bustle has reached out to Bledel's rep for comment in response to these reports, but has not yet heard back.