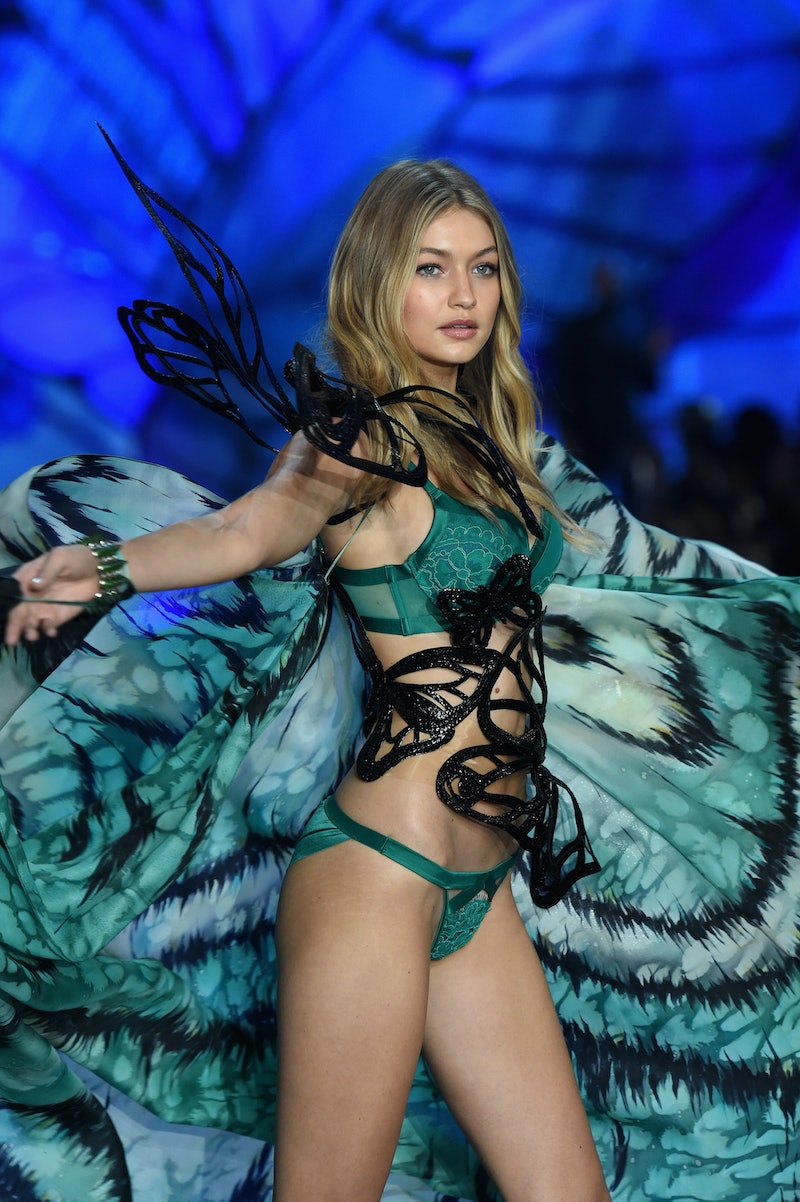 We already know it's all about friendship for the Victoria's Secret Fashion Show this year. The show — which took place on Tuesday night — featured BFFs Kendall Jenner, Alessandra Ambrosio, Behati Prinsloo, Adriana Lima, and, of course, Gigi Hadid. Gigi showed up in some interesting, but no doubt killer outfits, and looked beautiful as always.

Gigi rocked two main outfits, both with very different looks and attitudes. Hadid and Jenner are both rookies on the runway, joining VS veterans like Candice Swanepoel and Lily Aldridge. While Hadid and Jenner just got their wings, they have a lot to look forward to: Aldridge has the honor of wearing a $2 million fantasy bra down the runway. Talk about a promotion.

The Victoria's Secret Fashion Show airs on Dec. 8 at 10 p.m. on CBS, but until then, we can swoon over Hadid's two sexy looks. Get ready to ooh and la!

First, I give you a beautiful butterfly. This tie dyed look is graphic and gorgeous, and follows the three dimensional theme of the show.

I love the black, wrap around design of the butterfly. She basically looks like a Disney Princess frolicking through the woods.

It's a new take on the "wings" concept but it's just as dramatic.

This is by far my favorite look. The firefighter look is tough and way cool. Not to mention, it perfectly fits the already tough and ultra athletic Gigi.

I can't wait to tune in to watch the show in December!