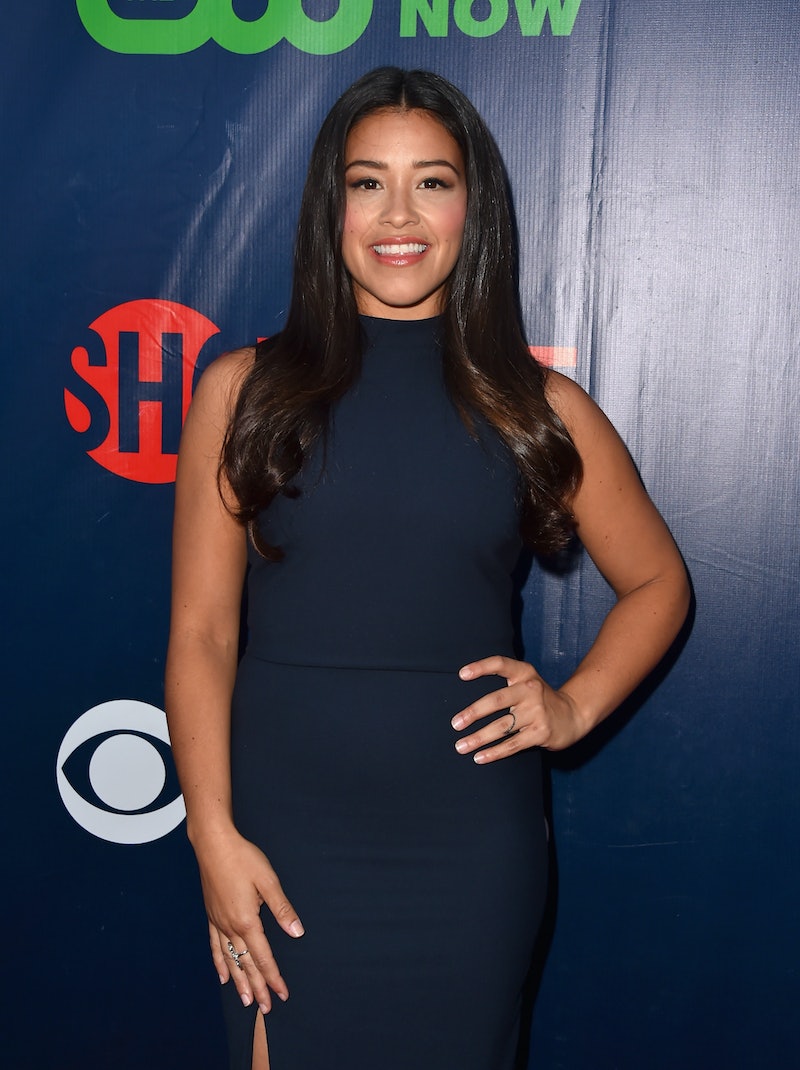 If you're anything like me, you fell in love with Gina Rodriguez last year, from the second she stepped on screen in the pilot episode of Jane The Virgin . We've been enjoying her amazing talent ever since, and now that the whole world is starting to catch onto how great she is, it's time for her to make the leap to the movie world. One of her first potential projects will see Rodriguez star in sci-fi movie Annihilation alongside Natalie Portman. According to Rodriguez's IMDB page, the role is a done deal and the movie is already in pre-production, and frankly, I seriously hope that's the truth because it'd be amazing!

Annihilation is based on Jeff VanderMeer's book of the same name, and the story follows a group of women — a biologist, a psychologist, an anthropologist and a surveyor — who venture out to an environmental disaster zone to take samples of the largely unknown land known as "Area X". They soon realize that they're being manipulated by outside forces and things aren't quite what they seem. The premise sounds incredibly interesting, and while it's unclear which role Rodriguez will take on, I'm pretty sure that she'd be perfect in any of them.

In addition to Portman and Rodriguez, Frances McDormand is said to be in talks for a role in the Scott Rudin-produced adaptation. Actual shooting for Annihilation is said to begin in the spring, when Rodriguez is on hiatus from Jane The Virgin, which works out pretty perfectly. There's no release date set for the film, but you'd think they would be in a hurry to get this into theaters since fantasy and sci-fi are such big genres both in the book and movie industry. Maybe that's just me being too hopeful, though.

The role is certainly a departure for Rodriguez, who's mostly had an opportunity to show off her comedic side with a lot of heartfelt sincerity. There's something exciting about the idea of her taking on a badass female role where she gets to show off her brainy side even more and take part in more action scenes. Whatever her part in Annihilation turns out to be, I know one thing — I'll be buying a ticket to see it, for sure.