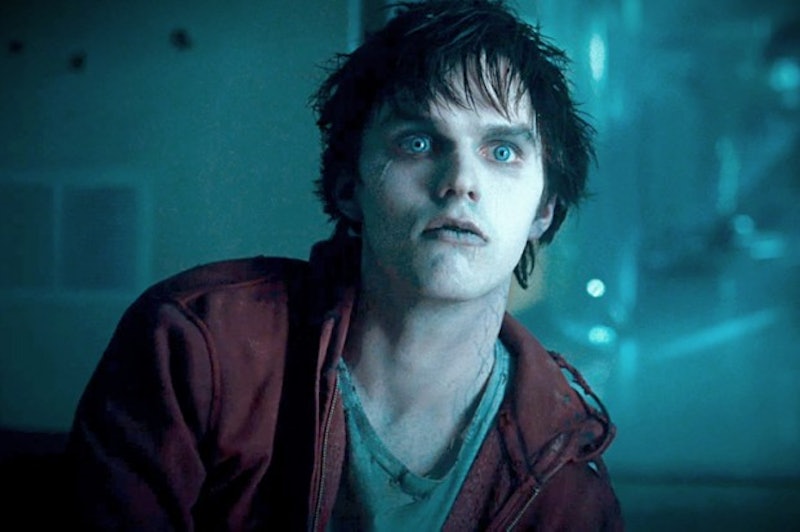 I’m probably not the only one who has woken up to the harsh light of the morning and thought blearily, “Ugh, I feel like a corpse” (especially when the night before was … let’s say, celebratory). But for people with Cotard’s syndrome, feeling corpselike isn’t an exaggeration; this unusual mental disorder makes people think they’re actually dead. Cotard’s syndrome is not fully understood and is very rare, with only a few hundred people in the world suffering from the condition at any given time. However, the symptoms are striking and, honestly, pretty darn creepy: patients with Cotard’s genuinely believe that they’re dead, that they don’t exist, or that they’ve lost their souls, organs, or body parts.

Cotard’s syndrome, also called “walking corpse syndrome,” is named for French neurologist Jules Cotard, who first described the illness in 1880, though similar cases were reported in the 18th century. Cotard described a patient — Mademoiselle X — who was convinced that parts of her body didn’t exist, that she was damned, and that she couldn’t die a natural death. Eventually she starved to death because she felt that she no longer needed to eat. Self-starvation is a common symptom of people with Cotard’s syndrome, who assume that, because they are dead, they don’t require food. Paradoxically, some people with the syndrome feel that they are both dead and immortal at the same time; they believe that, because they are already walking corpses, nothing else can harm them.

Cotard’s syndrome usually presents itself with other serious mental conditions, including severe depression and schizophrenia. Because it is viewed as connected to these other illnesses, Cotard’s syndrome isn’t listed in the Diagnostic and Statistical Manual of Mental Disorders (DSM), the American Psychiatric Association’s influential classification of mental disorders. According to James Byrne at Scientific American, scientists believe that Cotard’s syndrome is caused by “a misfiring in the fusiform face areas of the brain, which recognizes faces, and also in the amygdala, which adds emotions to those recognitions.” What that means is that patients suffering from this condition experience a sense of emotional detachment when viewing the faces of people they know. When they see their own faces, they similarly feel a sense of disconnection between the images they see and their actual selves. This eerie feeling of disassociation from others and from their own bodies leads some people to believe like they don’t exist or that they are dead. Fortunately, Cotard’s syndrome has proven to be treatable. Treatment methods include medication, psychotherapy, and electroconvulsive therapy (ECT).

A number of notable cases of Cotard’s syndrome have emerged since the days of Mademoiselle X. In 2013, New Scientist interviewed a man named “Graham” who developed the condition in 2004. Graham had suffered from sever depression and had even tried to kill himself by taking an electrical appliance with him into the bathtub. Months later, he woke up feeling like his brain was simply gone. He recalled, “I just felt like my brain didn’t exist any more. I kept on telling the doctors that the tablets weren’t going to do me any good because I didn’t have a brain. I’d fried it in the bath.” Reason — and the demonstrable fact that he was, in fact, alive — couldn’t shake his conviction that he was dead. He said, “I just got annoyed. I didn’t know how I could speak or do anything with no brain, but as far as I was concerned I hadn’t got one.”

Graham reported that he lost his senses of smell and taste, as well as his craving for cigarettes. His teeth turned black because he no long felt a need to brush them, and he took to hanging out in graveyards because, he says, “It was the closest I could get to death.” PET scans revealed that parts of his brain had an extremely low metabolism. One of his neurologists remarked, “I’ve never seen anyone who was on his feet, who was interacting with people, with such an abnormal scan result. Graham’s brain function resembles that of someone during anesthesia or sleep.” Eventually physicians were able to help Graham resolve his condition, using medication and psychotherapy.

In 2005, an even more bizarre case was reported: That of an Iranian man who was diagnosed with both Cotard’s syndrome and lycanthropy. That is, he simultaneously thought he was dead and that he had been transformed into a dog. Not only that, but he believed his daughters had been turned into sheep and his wife into another dog. Apparently, some of his delusions were fueled by his sense of guilt for having had sexual contact with sheep while he was still “alive.” He felt that he had been killed for these sins, and that, no longer among the living, he was also impervious to harm. Eventually doctors were able to relieve his symptoms through medication and electro-convulsive therapy.

More like this
Why Experts Say Sleeping With A Fan On Isn’t Totally Risk-Free
By Sophie McEvoy
What Is The Forest Personality Test? The TikTok Trend, Explained
By Georgina Lawton
Young People Are Still Experiencing Period Poverty In UK Schools
By Sophie McEvoy
Here's Why Your Nose Runs When You Eat
By Carolyn Steber
Get Even More From Bustle — Sign Up For The Newsletter