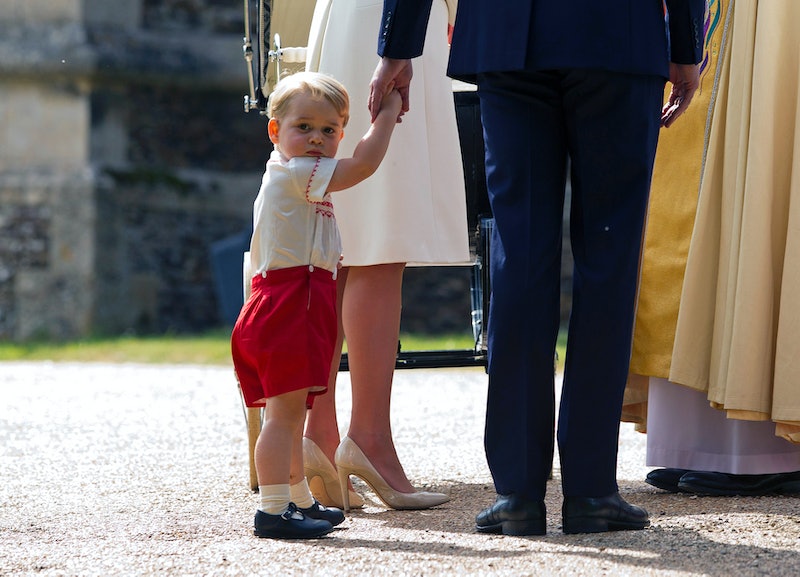 Prince George may only be a toddler, but there's just something about seeing an actual, real life prince all grown up that tugs at everyone's heartstrings. Luckily, scientists say that with the help of computer generators, they can create an image of what Prince George may look like as an adult. The software in question takes a number of specific facial features and combines them with visual cues from the parents as well as other relatives. In effect, this creates an image of an individual's likely future appearance. The scientists over at the University of Bradford also note that it's nothing like the "aging" software that already exists (it essentially just adds lines, wrinkles and discolorations to your face to generate a possible future image). This is actually far more sophisticated.

The research was led by Hassan Ugail, the University's Professor of Visual Computing. He explained that they used an algorithm to determine which traits the child may have inherited from his parents, in an effort to make the projection as realistic as possible. He said that the software is "trained" to be more accurate as more layers of data (and DNA) are added.

The team has also been said to be working on an app as well... so maybe we can test it on our baby photos and see if it works? Only time will tell.