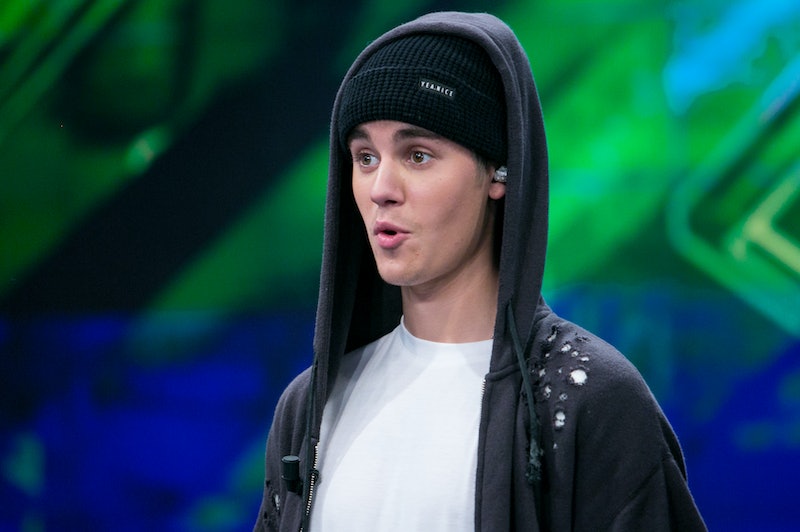 With the date of his album release nearing, I know without asking that the question on everybody's mind is: when will Justin Bieber's album Purpose be on Spotify? And, even if you're sitting there shaking your head, thinking to yourself that that's absolutely not what was on your mind — I don't believe you. First of all, because you have a suspicious look on your face, and second of all, because I refuse to be the only 28-year-old on the planet who's curious about Bieber's next offering. I mean, it could be worse. At least I want to listen to the album for free first, before I decide whether I'm the type of 28-year-old who buys a Justin Bieber album. You know what I'm saying? If you have it pre-ordered on iTunes right now, more power to you, but that's just not where I am in my life right now. Update: It's on Spotify right now! Listen below.

Earlier: So. The album. (Stop distracting me!) It's slated to drop on Nov. 13, a day we've all been primed for for months by Bieber's social media, and the good news is — drum roll, please — that it will almost certainly be finding its way to Spotify shortly thereafter. In fact, the album will likely be available on iTunes and Spotify simultaneously. True, there hasn't been an official announcement about it, but all of the singles that Bieber has released in advance of the album, including "What Do You Mean?," "I'll Show You," and "Sorry" have cropped up on the streaming service shortly after dropping.

Bieber actually invested in Spotify back in the day, so if he withheld his music from the service, he'd actually be cutting into his own bottom line. A move like that wouldn't make a whole lot of sense, so I imagine we'll be seeing Purpose on Spotify on Nov. 13 or a day or two after, for all your guilty pleasure needs. In the meantime, there are plenty of Purpose singles available on the site to keep you busy until then.