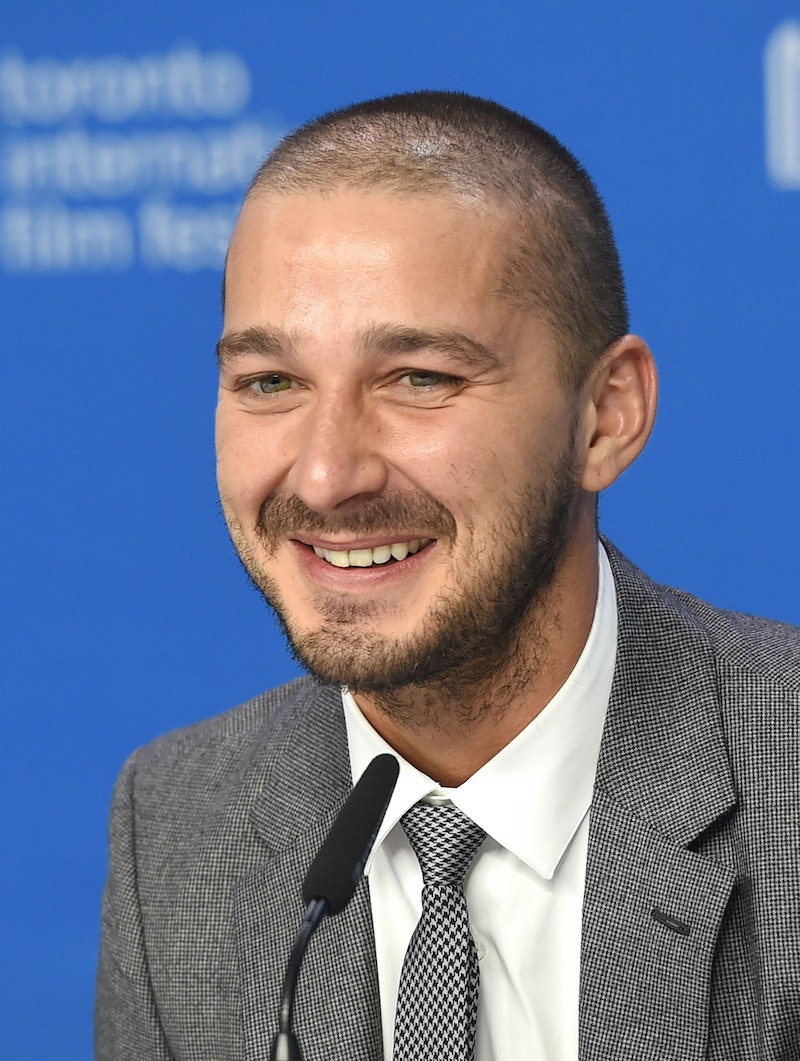 By now, you've probably heard of the incredible project Shia LaBeouf is embarking on, a project that allows guests to sit with him as LaBeouf watches all of his films in reverse chronological order over the course of three days. If you are not lucky enough to be in New York to take in a showing yourself, you are also able to livestream it online. Anyone who knows me knows that I have a slight obsession with everything Shia LaBeouf. So, not being in the New York area, I rushed to the nearest computer to find the livestreaming feed, and, after spending approximately far too long watching LaBeouf watch himself, it made me nostalgic for some old classic films.

Being of the generation who first loved him as adorably awkward Louis Stevens on Disney channel show Even Stevens (still the best show to date), I couldn't help but start thinking of some of the stars best roles since he first entered the entertainment world. Over the years, the world has seen him transition from dorky comedy actor to teen heartthrob to whatever you want to call this strange phase he seems to be in for the last few years. Regardless of the many sides we have seen of the years, his raw talent is undeniable. Although he may be one of the most eccentric actors to ever grace the screen, he is also one of the most talented.

While he may have moved on to more independent films recently, we will never forget the character of Sam Witwicky in the Transformers franchise. It just doesn't get better than teen boys fighting to save the world from Autobots.

Michael Douglas and Shia LaBeouf may seem like the strangest pairing, but they made it work for this film. Period dramas are definitely his thing.

Shia LaBeouf and Tom Hardy play brothers in this film, and basically give the Hemsworth brothers a run for their money. Attractive bad boys equal basically the greatest movie ever.

If you're into unconventional love stories that make you question your sanity, then this may be the only film for you. LaBeouf proved he can act in basically anything.

Lets be honest, nothing is better than watching a beloved book come to the big screen. I still know all the words to the rap played when the credits role. Yes, I understand how weird that is.

This film was not only incredible on its own, but it also brought about thought provoking conversations about what technology is really doing to our society, and how we are being affected. A great moment of LaBeouf using his talent for good. You know, instead of to watch all of these films in three days.

7. The Company You Keep

Funny woman Anna Kendrick, Susan Sarandon, and Robert Redford star alongside LaBeouf in this film. There is thrill, suspense, and a little bit of the old Kendrick humor.

In one of his first roles outside of Disney, LaBoeuf proved he was a force to be reckoned with in Hollywood. Also, there isn't anything better than seeing him in a suit and glasses.

Not a lot of actors can seamlessly transition from horror to comedy to drama and then back again, but LaBeouf proves he is truly one of a kind.

10. The Even Stevens Movie

Yes, he has had a remarkable number of films that have arguably been better than this to creatively showcase his talent, but this is the one I like to think started it all. When news about his newest antics and craziness start getting out of control, I like to remember the kid who once said uttered the line, "I thought I saw a cheeseburger doing yoga!" Thanks for that.

This recent film is one of his best roles yet. LaBeouf proved that although his career has had more than a few setbacks, he is still the world class actor we all know him to be.

Tune in to LaBeouf's livesteam when these movies are playing, and I promise you won't regret it.