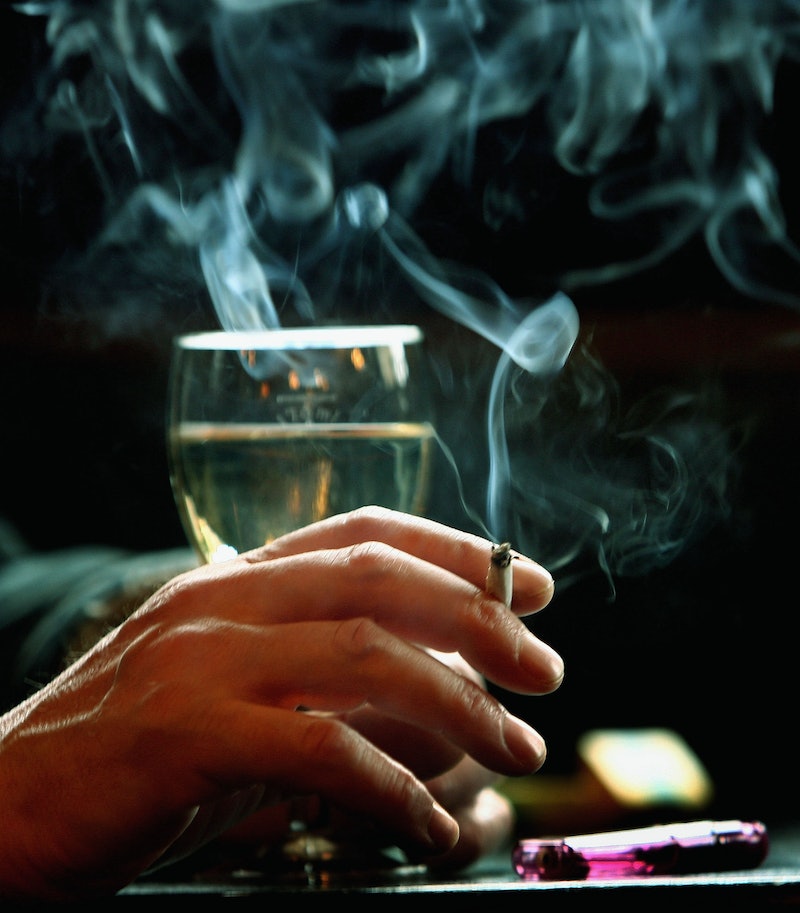 Saturday marks the 50th anniversary of the first Surgeon General's Report on Smoking and Health. And what a long way we've come: American lung cancer rates — up to 90 percent of which are linked to smoking — are on the decline. Rates of lung cancer dropped 2.6 percent for men and 1.1 percent for women each year between 2005 and 2009, according to new CDC data released Thursday. The sharpest drop has been seen in Americans aged 35 to 44 — a 6.4 percent decrease for men, 5.9 percent for women — suggesting that newer generations are less likely to contract lung cancer.

"This is a big deal," said President of the American Society of Clinical Oncology Clifford Hudis.

The original report, published in 1964, told all those Mad Men types that smoking isn't good for health because it was the "most important cause of chronic bronchitis." It was also the first study to connect the dots between smoking, emphysema, and heart disease. The report also stated that smoking caused laryngeal cancer and lung cancer in men. (The report said it was a "probable" cause of lung cancer in women. Because girl lungs work differently than boy lungs, apparently.)

Still, the Surgeon General Report was a turning point. Up until its release, the amount of smokers had increased during each of the previous six decades. The report also led to the first cigarette labeling and advertising act the next year, which made Don Draper have to rethink his entire Lucky Strike campaign.

In 1969, the first public health laws related to smoking were passed. Since the report was issued, the American smoking rate has halved. But the message of the report — and the response to it — was very much of its time, as the Dallas/Ft. Worth Healthcare Daily notes:

It is hard to believe a government report could have that kind of impact today. Americans’ trust in the federal government has plummeted from 68 percent during the Kennedy and Johnson administrations to 22 percent during President Obama’s first term.

But even if we don't pay as much attention to the surgeon general's report as we used to (yes, it's still being published), we are doing better about our smoking habit: More than half of Americans who smoked at one point in their lives have quit, according to the CDC. Fewer new cases of lung cancer are being reported than ever before. But with 19 percent of the population still smoking, that means that 44 million Americans are still lighting up with the top cause of preventable "disease, disability, and death," which kills 443,000 people — about one percent of the smoking population — each year.

"I'm not satisfied with reducing smoking," Hudis said. "It should be eliminated. There's no upside to it."