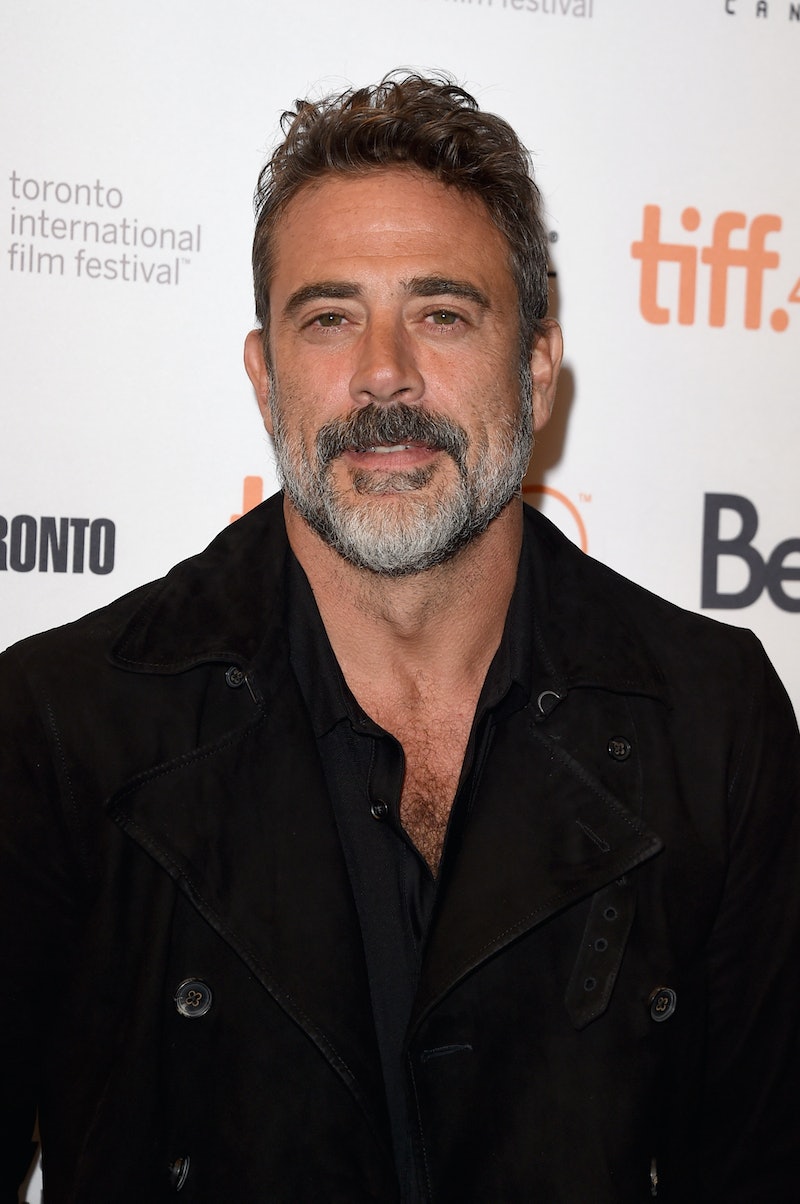 After many seasons of speculation, Negan is coming to The Walking Dead, as Deadline reported that Jeffrey Deam Morgan was cast as the major villain. Of course, now the question is, when exactly will viewers see him on TV? Unnamed sources told The Hollywood Reporter that Negan will first appear in the Season 6 finale, and then return as a full-time cast member in Season 7, while TVLine reported that he’s "expected to debut toward the end" of this season. As much as I would like to see Morgan as soon as possible, I can definitely wait a while before meeting his Walking Dead character.

In the comics the show is based on, Negan is a large, extremely dangerous man, but also very charismatic, and can even be sympathetic in rare moments. Because of what happens in his storyline, most fans probably won't like Negan, but that doesn't mean he won't make for a captivating villain. We don't yet know how Negan will change from page to screen, but here's what you should know about his character in the comics before he makes his TV debut, most likely sometime at the end of The Walking Dead Season 6. Spoilers for TWD comics below.

Negan is the leader of a group called The Saviors, they are essentially the enemies of Hilltop Colony, taking half the colony’s supplies in exchange for killing walkers around the premises. It may sound like a fair trade, but this group is evil and resorts to violence and killing members of the colony if they don’t think they are getting enough supplies or just want something.

Lucille is Negan’s baseball bat, which is covered in barbed wire and famous for ending many people’s lives. She's trouble.

In the comics, Negan is responsible for the brutal murder of our favorite former pizza delivery guy. He ambushes Rick's group, lines them up, and chooses a victim at random. He picks Glenn and beats him to death with Lucille, all right in front of a pregnant Maggie.

It seems that even the toughest guy have some sort of weakness and in Negan’s case, it’s Carl. He shows a more sympathetic side when it comes to Carl and will not hurt him, even though Carl wants to kill Negan. They have an odd relationship, but an important one to Negan’s character.

Besides having killed Glenn and many members of the Hilltop Colony, Negan is responsible for the death of Spencer Monroe. We are just starting to get to know Spencer on The Walking Dead, so you shouldn't get too attached.

He Is Still Alive

If you were thinking that Negan would come and go on The Walking Dead, don’t get your hopes up. He’s still alive in the comics and still very much a key character. So whenever we do see Morgan's take on the character, know that he'll be sticking around for a while.