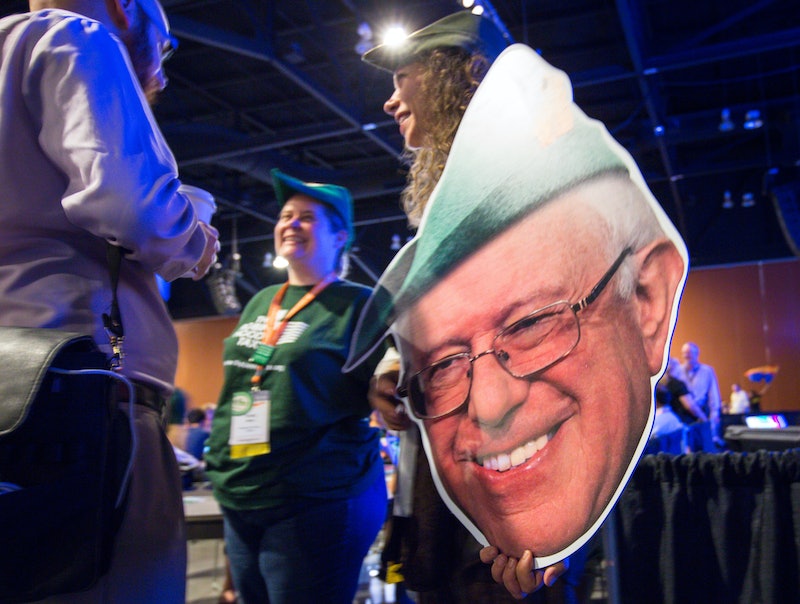 If you're a Bernie Sanders fan itching to watch the democratic socialist in action at Saturday's debate, don't do it alone! The second Democratic presidential debate falls on a weekend this time around, which means you can double task by partying and viewing the debate at the same time! Sanders supporters who live in New York, Los Angeles, Seattle, Chicago, Austin, and San Antonio, Texas can join their comrades at one of the hundreds of watch parties in major cities across the country. While some of these parties are smaller affairs in individuals' living rooms, others are hosted at bars, restaurants, convention halls, and college campuses. So bring your friends and your ID to watch the Democratic debate with fellow Sanders fans.

There's something for everyone in this list. Whether you're a political satire junkie, a wine snob, a lover of Mexican food, or an outdoor lover, you'll probably find a group of like-minded Sanders supporters. Babes for Bernie who don't reside in one of these major metropolitan areas, don't fear — Sanders' campaign site has a comprehensive list of gatherings all across the country. Search your zip code to find a watch party near you. Berners, unite!