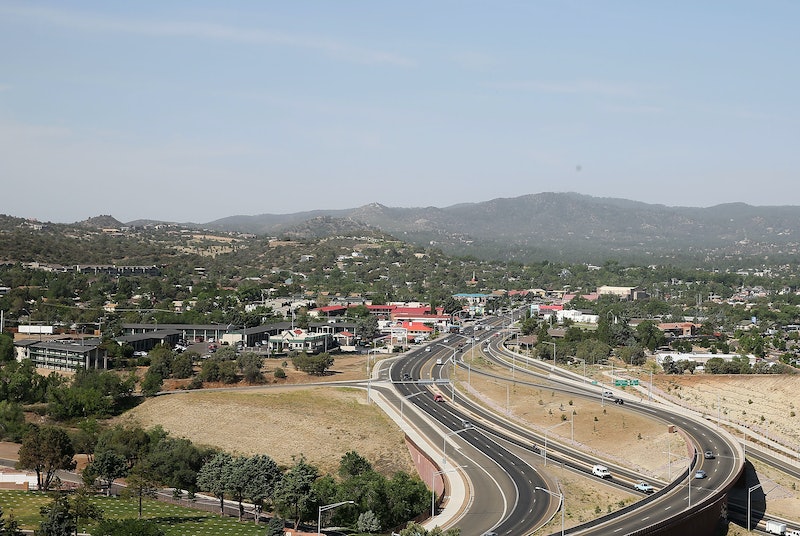 When October rolled around, Aanya Rispoli, an Arizona state employee and the mother of two teenagers, says she was confused when she could not find Planned Parenthood on the list of organizations participating in the State Employee Charitable Campaign. “The list came out, and Planned Parenthood wasn't on it,” she says. “I was very surprised.”

That didn't stop her from immediately contacting Planned Parenthood Arizona, whose staff was not aware their organization had been removed from the campaign. Then she launched a petition on Change.org called “Tell Doug Ducey + AZ State Employees Charitable Campaign to Reinstate Planned Parenthood.” To date, the petition has more than 720 supporters.

This fall, Arizona Governor Doug Ducey had Planned Parenthood and the Clinton Foundation removed from from the SECC, which lists more than 400 charities to which state employees can donate by authorizing automatic deductions from their paychecks. Both charities meet the specified program requirements: being a tax-empty nonprofit that provides direct health and human services or actively conserves and preserves environmental and historical treasures. Faith-based organizations, such as Catholic Charities, Aid for African Catholic Missions, and Alliance Defending Freedom, remain on the list.

All states have some version of a program like Arizona's State Employee Charitable Campaign, though the names vary. In California, for instance, the program is called California State Employees Giving at Work, while in Iowa, it's One Gift. The programs are modeled after the Combined Federal Campaign, which formally dates back to the 1960s but has roots in workplace fundraising that began in the late 1940s.

She adds that she can imagine Republic governors in other states employing this tactic as a means of “punishing” Planned Parenthood — though in Arizona, the tactic has, from a financial standpoint, already failed. Last year, Liggett says Planned Parenthood Arizona received $7,250 from 40 campaign donors. Since Governor Ducey's announcement, 86 state employees have donated $26,911 thus far.

“Put another way, due to the governor's action, we have more than doubled our state employee donor base and nearly quadrupled the amount of money raised. And it's only been [about] a week since this became public,” she says. “Thanks, Governor!”

Part Of The Conservative Playbook

“I definitely think it's part of a conservative playbook [to single out women's health programs],” says Terry O'Neill, president of the National Organization for Women, regarding Arizona cutting Planned Parenthood from its state giving campaign. “The objections to Planned Parenthood is because Planned Parenthood supplies birth control and abortion nationwide.”

Over the summer, The Center for Medical Progress, an anti-choice organization, released a string of controversial videos that asserted Planned Parenthood “sells baby parts” to labs and research companies for profit. The uproar caused by the graphic videos nearly led to the federal defunding of the national healthcare provider, which receives more than $528 million from the U.S. government every year.

Diana Strassmann, a distinguished professor at Rice University in Houston and the editor of Feminist Economics, tells Bustle:

Arizona's decision to exclude Planned Parenthood from their state employee's charitable campaign [is an] extremist attacks on women's health. As a nearly 100-year-old nonprofit provider of essential health care, Planned Parenthood qualifies as a charity by all reasonable and legal measures, and there is no good reason to exclude Planned Parenthood from the list of charities that state employees can contribute to. … Denying women access to critical reproductive health care is an unfair attempt to roll back history and keep women from accessing both the health and economic benefits that come with the ability to control their bodies and their lives.

O'Neill believes that Arizona's measure is not only unfair but a violation of the 14th Amendment.

“If I'm wrong, that's yet another reason to put women in the Constitution,” she says.

Under the Equal Protection Clause, the 14th Amendment makes it illegal for states to deny individuals “life, liberty, or property, without due process of law,” as well as “equal protection of the laws” to anyone residing in its jurisdiction. Ratified on July 9, 1868, the amendment is most famous for granting citizenship to ex-slaves and causing great concern for Suffragists for not explicitly mentioning women. In the 1970s, the cases of Reed v. Reed and Craig v. Boren extended the Equal Protection Clause to include women, making gender discrimination illegal.

Jodi Jacobson, president and editor of RH Reality Check, a daily online publication dedicated to sexual and reproductive health issues, also is not sure if Arizona's action is constitutional, but says, “The problem becomes, who's going to actually challenge that?”

She explains that the cost and time constraints associated with challenging the measure are likely too prohibitive for any one group to assume.

O'Neill adds that besides being unconstitutional, Arizona's measure is lethal there and in any other state that mimics it.

Among developed countries, the United States has the highest maternal death rate. According to Save the Children's 16th annual State of the World's Mothers Report, the country ranks 33rd highest in the world. Haiti and Sierra Leone suffer the worst rates.

“The very same religion that don't like birth control and abortion equally hate vasectomy,” O'Neill says of the Christian Right, alluding to Governor Ducey, who is a practicing and vocal Catholic. “But when they only go after women's health, that's sexism.”

Despite the conservative Christian community's outcry against Planned Parenthood this year, many Christian leaders think Arizona's measure, and those like it, are wrong.

Earlier this year, more than 60 Catholic state leaders and legislators from 25 different states joined forces to purchase a full-page ad in the Washington Post to urge Congress to keep federal funding for Planned Parenthood. The gray and red ad features an hourglass with the headline, “Congress, It's Time to Take a Stand,” and the subhead, “Just imagine a world without Planned Parenthood.”

It proceeds to address the inequities women face in the world, from Chicago to Appalachia to Tupelo, and asserts that defunding Planned Parenthood would punish society's most vulnerable people. In the center of the hourglass are the words “It's a sin to hold a conscience captive.”

“There are all kinds of creative ways that legislators have gone after [women's health programs],” says Sara Hutchinson Ratcliffe, domestic program director at Catholics for Choice, a pro-choice, faith-based organization headquartered in Washington, D.C. “My first inclination [about Arizona] is, 'Well, they've come up with a new one.'”

Though not shocked, Hutchinson Ratcliffe finds Arizona's action “sad” and “disrespectful of the conscience of the employee” because she says it limits individuals from supporting organizations they in which they believe.

“Conscience is an individual right,” she says. “The idea that the state of Arizona is protecting anyone from anything seems like a misnomer at the least. It's the opposite of the purported intent from a Catholic perspective.”

When asked if she considers it just that Christian organizations like Catholic Charities remain on the list, she tells Bustle that it is not about removing one nonprofit to make room for another. “If the point of the [state giving] program is so organizations that support the common good can be supported, then I would think as many [charities] should stay on the list as possible,” she says.

Hutchinson Ratcliffe adds that the state should not dictate which organizations are worthy of support and where individuals should apply their donations.

“Those freedoms are really about individual choices as an American,” she says. “Making a donation to a charity is a way of expressing freedom of religion as much as it is freedom from religion.”