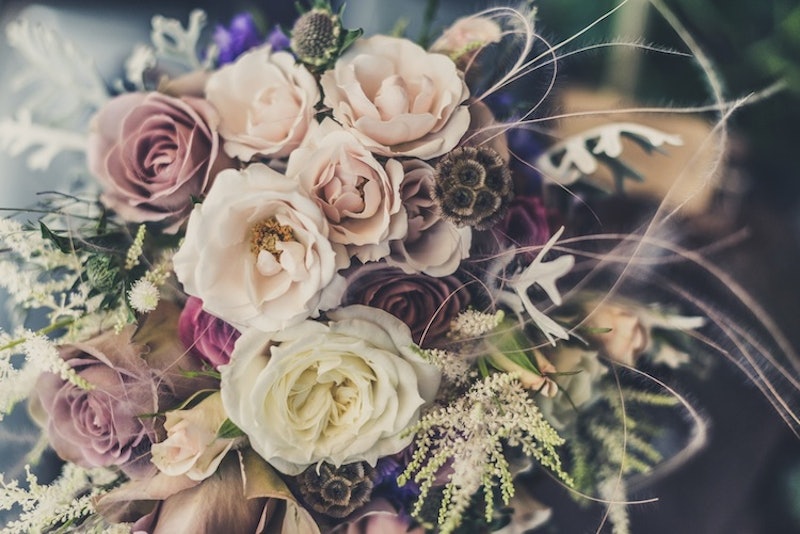 If you've ever spent time with an interior designer or somebody in marketing, you'll know that the idea of emotions and mood created by color is actually a big business. Thousands of dollars go into deciding whether a rugged brown color for a sports logo is the "right shade" that will elicit the "proper response". The bottom line? We, as a species, have seriously emotive responses to colors — and some of it appears to have to do with what they do to our brains. But the science isn't as simple as blue = calm, red = emergency.

We've only just begun to figure out how the brain actually processes color. It turns out that we're actually carrying around an incredibly complicated color detection and cataloguing machine: it can detect minute varieties in a color's hue and "file them away" alongside relevant associations. How we feel about certain colors does seem to be, to an extent, culturally created: red, in Chinese culture, is the color of luck and weddings, while white in India is the color of funeral garb and mourning, not of marriage and cleanliness. And color preferences are personal, too. Having a beloved toy of a certain color will almost certainly make you fond of that (very specific) color in later life, even if it's an otherwise inexplicable shade of vomit-green.

So take any ideas that color has "innate" qualities with the appropriate grain of salt. With that said, there's some very interesting science about what colors seem to do to the Western brain — and it can help you hack your life and study habits.

It would make sense for red, the color of stoplights and fire engines, to be associated with panic, high performance, and vague freak-outs. It's certainly not interpreted as a "calming" color. It seems, according to some studies, that exposure to red actually has a physiological response, raising our pulse rate and perspiration — presumably to make us ready for the emergency or difficulty we're about to face.

When it comes to attention, though, the story is actually a bit more twisted. You'd think a panicky color would keep you awake and focused, but psychological studies have discovered that red can only help with so much. A study from 2009 revealed that, while red helped out with short-term, low-focus tasks that didn't require much brain power (filing, doing spreadsheets, basic clerical work), it actually created havoc for people in more high-intensity intellectual situations, like IQ tests or long concentrating tasks.

That corroborates another study of 71 American students who were shown numbers in various colors before a test. The ones who were shown red numbers actually did up to 20 percent worse on the test than their peers — so it seems that red is stimulating, but also makes us a bit scatterbrained and unable to focus in the longer term. Lesson: don't look at red things before important exams.

The same 2009 study paired off red's apparent explosive nature with the contrast of blue, which apparently inspired an entirely different kind of response. In tasks, people exposed to the color blue were more creative and explorative with their answers, which led to a lot of headlines like "Blue Makes You More Creative". The scholars were careful, though, to point out that blue is often seen as culturally "safe," which may have just meant that the subjects felt comfortable in making bigger leaps and wilder assumptions.

On a physical level, exposure to blue does seem to undo some of the excitement of red, because it's been shown to lower the pulse rate and provoke fewer brain waves. It's classified as a "cool" color, associated with lower temperatures and slower movement. According to a now-famous study by the analysis company KISSMetrics, blue is also the color used by brands to communicate trustworthiness and competence, hence why it's used in so many bank logos.

Green's association with nature and the environment does it good: research has shown that exposure to green places raises our wellbeing and positive mood. We're predisposed to like the natural greens associated with foliage. Which is probably why green is associated with quite a lot of positive things in psychology, from mood boosting to making us feel like our burdens are literally lighter.

Exposure to green in nature, as opposed to just in rooms, has the most distinctly positive affects — a 2012 study showed that looking at green foliage increased participants' attention and made them more able to concentrate. Getting yourself a green wall or plant at work is genuinely a good idea all round. But it's not just about trees and potted plants; green does other strange, positive tricks on the mind. In one study, workers who lifted green boxes and black boxes felt that the green boxes were lighter, even though the two actually weighed the same.

But it's not all positive. Green is one of the "cool" colors, and in that sense its physiological impact is one of temperature: it genuinely seems to make us feel colder. In rooms painted a blue-green, occupants in a study began to feel cold at 59 degrees Fahrenheit, while in a red-orange room they didn't start to fiddle with the thermostat until the temperature had fallen to 52. So if you live in a cold climate, painting your rooms "warm" shades may genuinely help you feel cozier.

According to Forbes, bright pink is actually less stimulating than it appears: it's used to paint locker rooms and some "mediation" spaces in business because it's thought to calm down our responses. It's a particular shade of pink, called Baker-Miller pink, discovered by the American scientist Alexander Schauss in the 1970s for its serious calming effects. It's also called "drunk tank pink," for its use in the holding cells of some American prisons — and some prisons in Switzerland have started painting inmates' bed quarters pink in order to reduce violence and increase calmness.

This may seem surprising, considering it's a "bright" color like yellow, which has been associated with making us feel happier — a 2012 study showed boosts in mood when shown yellow flowers, as opposed to white or red ones — but it seems to have a broad psychological calming affect, and we're not sure why. Professor Adam Atler, who wrote the book Drunk Tank Pink, on the affects of environment on behavior, told NPR that weightlifters seem to find it trickier to lift the same weights after being shown shades of pink. The body, it seems, isn't geared to be "on" when faced with a pink situation.

Why is this? Is it a call-back to our time in the womb, where all we experienced was a calming pink-red sea? Whatever the cause, it's become part of athletic practice: WIRED reports that Vollebak, a sportswear manufacturer, has produced a Baker-Miller pink hoodie that zips up over the face and is lined with the calming pink color. Apparently it's designed for athletes waiting to compete, so they'll be able to stay calm and focused. Once it's time to act, though, athletes might want to follow the advice of an experiment at the 2004 Olympics and wear red: all the crimson-clad athletes in the experiment won gold.