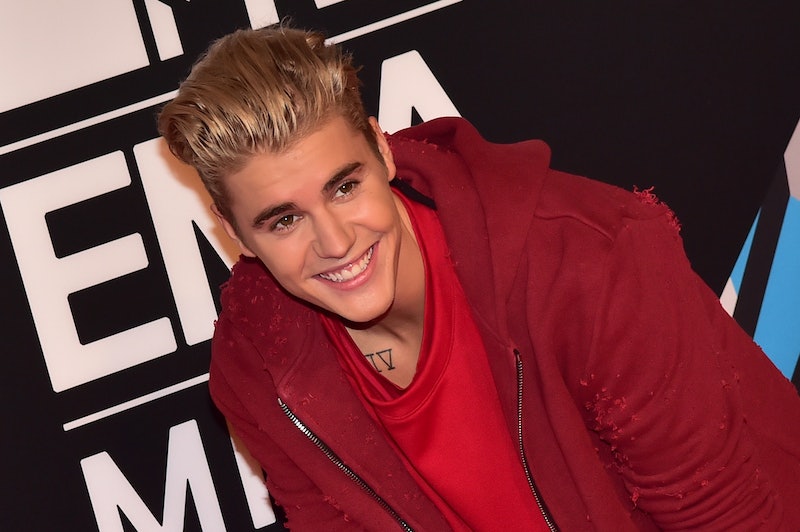 What do you think would happen if Rachel Green met Justin Bieber? Well, it kind of just happened. Justin Bieber and Jennifer Aniston took a selfie. The singer shared the photo Wednesday via Instagram, and it's so perfect it didn't even need a caption. Literally. Bieber didn't write a caption. I mean, when you're taking a picture with the former Friends actress is a caption necessary? I think the photo is pretty self-explanatory. However, if it were me, I'd probably channel Chandler Bing and include something like, "Could this picture be anymore perfect?"

Moving on. As you can see below, the black and white image is glorious. Not only does Aniston look stunning (when doesn't she?), but Bieber is clearly super excited to be standing next to her. Duh. Who wouldn't be? He almost seems shocked.

So, where and when did this Instagram go down? After some investigative research, it seems that it was taken during the taping of The Ellen DeGeneres Show 's 2000th episode. Aniston is wearing the same outfit during her Ellen appearance as she is in the selfie with Bieber. Plus, it's "Bieber Week" on Ellen, so that's the most logical explanation.

Do you really think the Biebs and Aniston were hanging out during their downtime? If they were, wouldn't that just be kick-you-in-the-crotch, spit-on-your-neck fantastic?