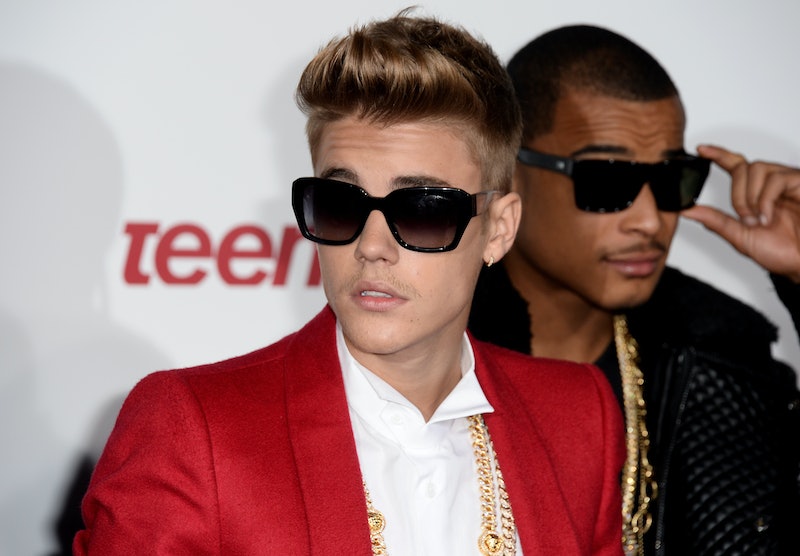 Another day, another report of Justin Bieber doing something obnoxious. Reportedly, this time Justin Bieber has egged his next door neighbor's house. The very adult incident which shows Bieber's ever increasing maturity was caught on tape by the disgruntled neighbor, but does not clearly show Bieber's face. It does feature a lot of eggs and a voice that sounds distinctly Bieber-ish.

In the video, the neighbor can be heard yelling profanities at Bieber saying, "I see you. I f**king see you." To which Bieber, or rather the person suspected to be Bieber, responds, "F**k you. I got another one for you actually." The neighbor goes on to say "You're a big f**king man aren't you?" which is seriously the most fitting line to use when confronted with a 19-year-old millionaire throwing eggs at your home.

The neighbor eventually tells his 13-year-old daughter to call the police and she sounds very freaked out. I really hope she is not a Justin Bieber fan because this would ruin her life. Imagine being a 13-year-old Belieber who finds out Justin is moving in next door. You'd be really excited, right? But then you find out that he's really loud and annoys the whole neighborhood speeding his Ferrari around. And then the whole thing culminates with Justin Bieber throwing eggs at your house, getting into a screaming match with your father, and you being the one to call the police. Yes, let's hope this girl is super into old school punk rock or something.

TMZ spoke with the neighbor who said he heard the something hitting his house at 7:30pm yesterday evening (weirdly early, I might add) and walked out onto his balcony to see Bieber throwing eggs. He took plenty of photos of the vandalism and claims the damages to his home exceed $400 which would mean that a misdemeanor could be upped to a felony. Currently the case is being investigated and Bieber has not yet been charged.