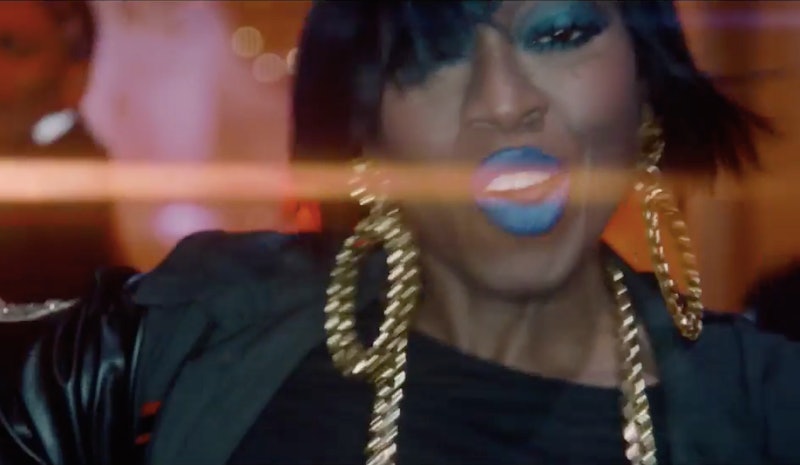 Guys. Guys. GUYS. Stop what you're doing and rush to YouTube, because Missy Elliott dropped the "WTF (Where They From)" music video for her new single with Pharrell, and it is every bit as good as we all dreamed that it would be. Elliott has been receiving buzz since she performed with Katy Perry at the 2015 Super Bowl, but that middling buzz is nothing compared to the epic majesty of a music video that she just delivered. It would be unfair to say that Elliott is back, since she never technically left, but, with this video, she is reminding old fans and new about what they loved about her. The song has everything you'd expect from the rapper — bawdy lyrics from a strong woman owning her sexuality and her life — and the music video has even more. Just look at that sparkling outfit she's rocking, and try to tell me she's not a queen.

Watch the music video below, and I think you'll agree that she most certainly has still got it.