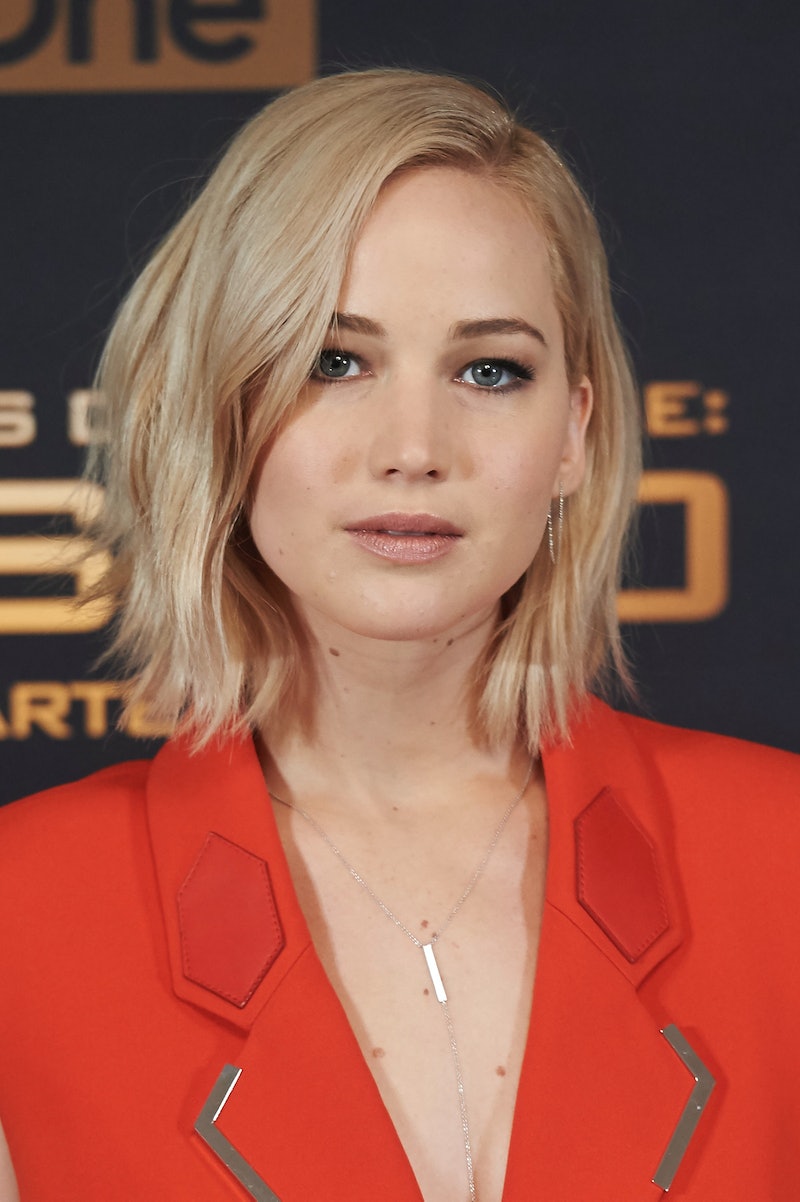 You wouldn't imagine Jennifer Lawrence has a hard time dating, but according to the Hunger Games star herself, she definitely does. Apparently, it's difficult to find people who like you for you when you're one of the most successful actresses in Hollywood — go figure! In an interview for her new Vogue cover, Lawrence admitted that she "can't wait to get married," if only she could find the right person to take that step with. No shocker there, since most 25-year-olds are at least beginning to think about where their romantic futures are headed. Except for one thing: Lawrence literally just said she's loving the single life and may never get married.

While talking to Diane Sawyer for an episode of Nightlinethat airs Friday, Lawrence said that marriage isn't in her plans yet, and it might never be. "I don’t really imagine getting married anymore,” she said. “I don’t feel like I need anything to complete me. I love meeting people, men, women, whatever, I love people coming into your life and bringing something.”

Which is totally fine, because marriage isn't for everybody. But Lawrence totally changed her tune in her Vogue interview, and making it sound like she couldn't be more ready to finally find the person she wants to spend the rest of her life with, and once she does, marriage is a done deal.

In the interview, she said:

No one ever asks me out. I am lonely every Saturday night. Guys are so mean to me. I know where it’s coming from, I know they’re trying to establish dominance, but it hurts my feelings. I’m just a girl who wants you to be nice to me. I am straight as an arrow. I feel like I need to meet a guy, with all due respect, who has been living in Baghdad for five years who has no idea who I am ... I can’t wait to be married. I feel like if I find that one person who I want to spend the rest of my life with, who I want to be the father of my children, that I would absolutely not f—k it up. But I’m also not banking on that.

But the fact that she so quickly switched gears doesn't mean that she was lying — it just means that she's human. It's a very typical thing, especially for people in their twenties like me and Lawrence, to change your mind. it's even more typically to change your mind about relationship stuff, and I know that from experience. I was the kind of little girl who dressed up as a bride and planned her future weddings, and then I grew into someone who, as a teenager and in my early college years, had decided that I was absolutely never going to get married. I was going to adopt a kid and take on life without what seemed like an outdated institution. Then I met my now fiancé, my life has been overtaken by searching for the perfect white princess dress, and I couldn't be happier.

People change their minds. Lawrence is just a regular person, even if she seems superhuman because of her talent, and the fact that she still looks perfect even when she's falling down on the red carpet. If she decides to get married in the future? Awesome. If not? That's cool too. She's awesome with or without a partner. And really, all I care about is that she keeps making amazing movies and keeps talking about things that matter, like the wage gap. As long as she's sharing her opinions, I'm listening — even if they change sometimes.