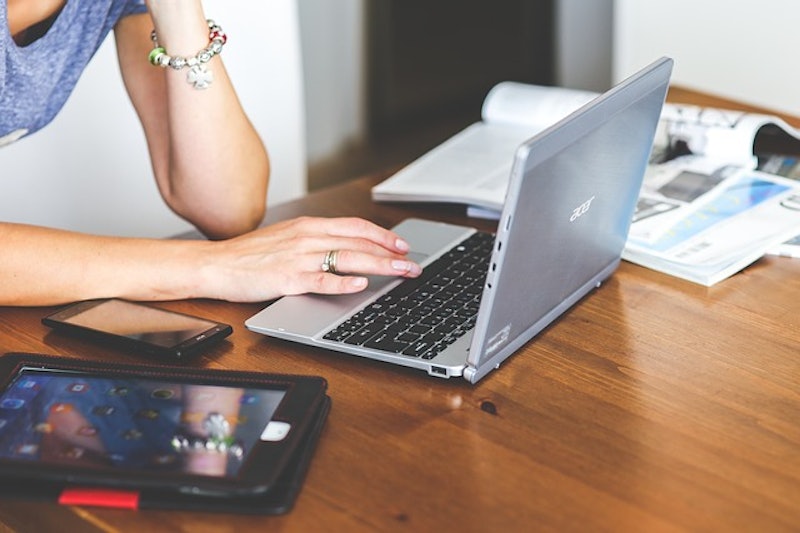 Social media is a big part of our lives — that much, we know. But what happens when you realize it's in fact become your life — or at the very least, replaced a major part of it? Maybe at about the point you realize you can't go a week without Facebook? That's the issue that Denmark's Happiness Research Institute wanted to explore. To do so, they conducted an experiment involving 1,095 people, 94 percent of which said that Facebook was part of their daily routine, and 78 percent of which said they spend more than 30 minutes on it daily.

The study went something like this: half of the group could continue using Facebook as usual. The other half could not use it at all, for an entire week. After the seven days were complete, the happiness scientists (yes, that's what they're called) evaluated the volunteers' lives. What was the result? The group that didn't use Facebook for a week reported a significantly higher level of life satisfaction.

So, is it Facebook that's bad, or is it the way we use it? Likely, a combination.

The organizers of the study believe that the disparity is due to several different factors. First: a week without Facebook resulted in people spending more time socializing in person, and being present in those moments, as they had nowhere to report or post it back to. They were, in fact, 18 percent more likely to feel "more present," which helped them also with concentration and time management skills. (18 percent! Just from not being on a website!) Secondly: our perception of existence is highly skewed when we're just perceiving it via what's essentially a "highlight reel" of other people's lives. Without access, you're no longer consuming people's photos, actions, milestones at record-speed, and so you feel less anxiety toward needing to "live up to it" yourself.

The reality is that social media, and Facebook especially, is an incredible communication tool, and it's because of our social access that we're able to grow, learn and share faster than ever before. It is not, inherently, a "bad thing." It is, however, a facilitator of our anxiety and desperation when we use it as a deflection mechanism. If we are too unwilling to actually head out and live our lives, and face our issues IRL, we rely on our digitally-constructed image to make us feel good. It is from this desire that our competitiveness, desire to compare and obsess is born. It's not about Facebook, it's about us.