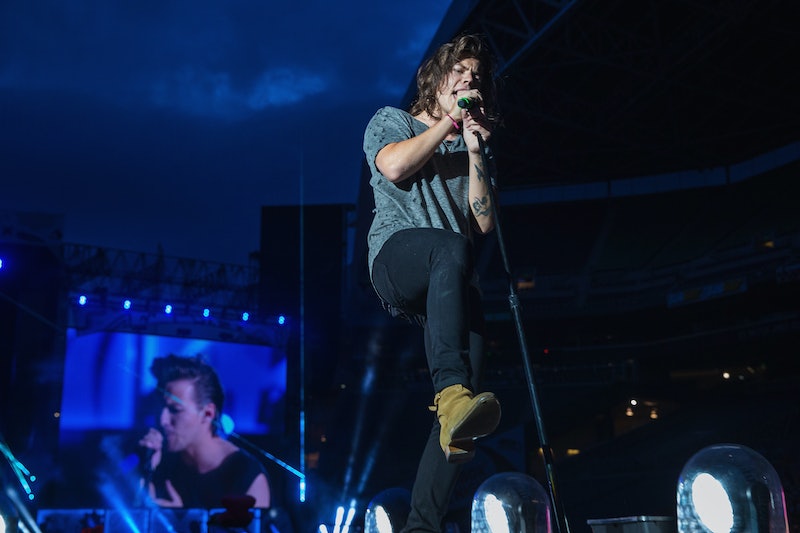 Not to be topped, the day after Missy Elliott breaks the Internet (thanks, Kim, that one's never going out of style), One Direction has released a new set of images for "Perfect." The slideshow of shots of the band, set to a 20-second clip of the song, are all drawn from the album art for Made in the A.M., the band's latest effort, which premiered Friday. It's a sweet look at some of their more intimate moments — they're smiling in nearly every shot (maybe finally recovering in a post-Zayn world?), camera trained straight on their faces. It finishes with a look at the track list and album cover, reminding you to go right now and stream/buy/listen to Made in the A.M. Seriously.

Not that the band needed to build more hype over this album, which might be their last. But they've succeeded. They've promoted it via nearly every medium possible, from coy tweets to surprising new videos to, now, the Flipagram. (For those who aren't familiar — which was me until very recently — Flipagram is a whole lot like Instagram or Vine, but for photo collages and music instead of videos or single images.) The band has pretty much ensured they'll reach every member of their fan base, and then some.

The video doesn't give us a whole lot that the physical album doesn't provide, but in an age when an album's success is measured just as much in streams as in sales, it makes sense that they'd make the album art available for everyone. Plus, it makes getting our hands on a copy of the record all the more enticing. Or you can just keep playing the Flipagram. I recommend opening it in multiple tabs and starting each of them in succession, like choruses of baby angels laid over each other.