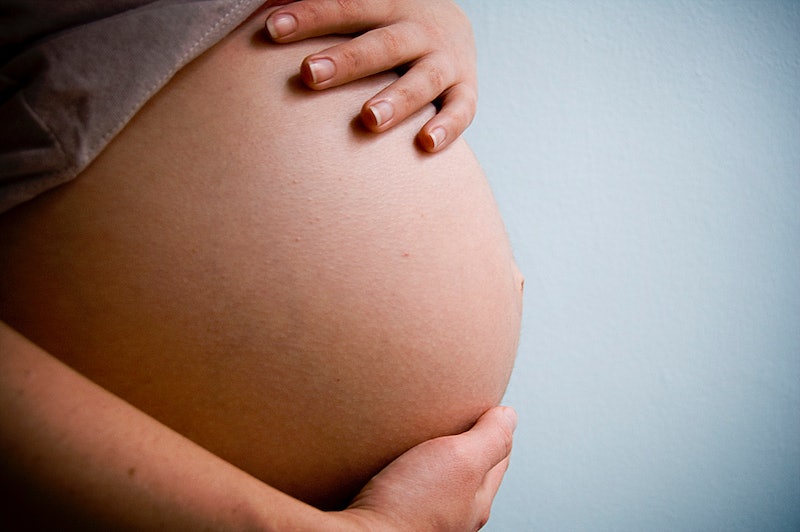 For American women unable to give birth, there may be another option for having a baby soon. Doctors at the Cleveland Clinic plan to become the first in the U.S. to transplant a uterus into a woman who does not have a functioning one, allowing her to get pregnant and give birth. The operation has been done in Sweden before, but uterus transplants in the United States would be a game changer for women.

The Cleveland Clinic team of six doctors will remove an organ donor's uterus and implant it in a woman who was either born without a uterus, had it removed, or has uterine damage. This groundbreaking surgery would open up a new possibility for women who otherwise have to adopt or use a surrogate to have a child, and according to The New York Times, 50,000 American women could be eligible. Andreas G. Tzakis, the doctor leading the project, told The New York Times: "There are women who won’t adopt or have surrogates, for reasons that are personal, cultural, or religious. These women know exactly what this is about." Eight women hoping to receive a new uterus have begun the screening process at the Cleveland Clinic, but the doctors are still doing practice runs and plan to be ready in a few months.

Nine Swedish women have undergone uterus transplants, and four have given birth, beginning in September 2014. The babies were born premature, but healthy overall. Two of the nine transplants had to be removed because of a blood clot and an infection. Other U.S. and British hospitals are gearing up to attempt the surgery too, but none are as far along as the Cleveland Clinic, according to The New York Times.

The Cleveland Clinic's operations will be very different than those performed in Sweden, namely because the Swedish doctors took uteruses from living women (usually the recipients' mothers). The U.S. doctors will use donors who have died so living women aren't put at risk, as removing a uterus is more intensive than a hysterectomy. The transplants will also be temporary, taken out once a recipient has had one or two children, so they aren't forced to stay on anti-rejection drugs.

As with any transplant, there are many risks involved for the recipient, including the initial dangers of surgery, the anti-rejection medication they'll have to take afterwards, and their subsequent pregnancies being considered high-risk. Despite all this though, the possibility is exciting for women who want to give birth to their own children.

Women with an implanted uterus will have to be impregnated by in vitro fertilization since their fallopian tubes won't be connected to the transplant, but being able to experience pregnancy and childbirth will be invaluable. "I crave that experience," a 26-year-old hoping to get the transplant told The New York Times, requesting to remain anonymous. "I want the morning sickness, the backaches, the feet swelling. I want to feel the baby move. That is something I’ve wanted for as long as I can remember."