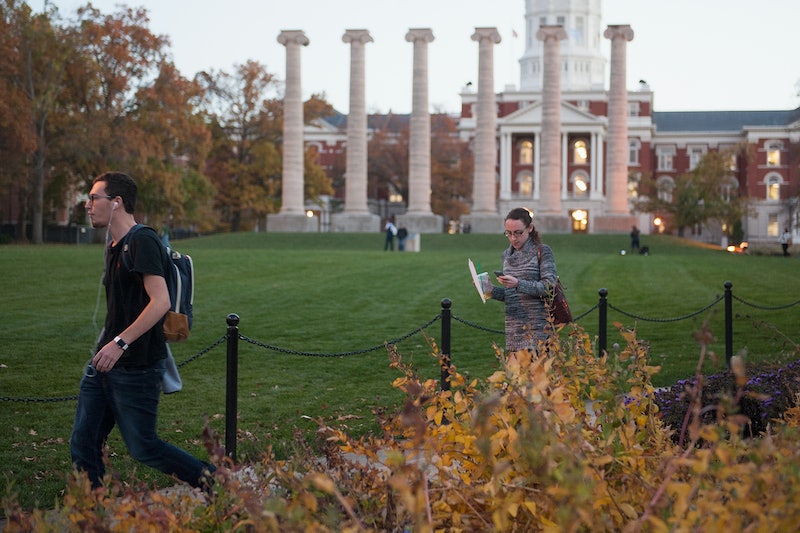 Students across the country took to their college campuses to stand in solidarity with Mizzou students this week, following a series of protests over racially tinged events, which led to the University of Missouri System president stepping down. The student-led protests — which included a football boycott and a hunger strike — have lit a fire underneath America's college students, stretching far outside of Missouri.

In New York, Ithaca College students have followed suit and begun calling for President Tom Rochon to step down due to what students are calling his insufficient response to a hostile racial climate on campus. But as Thursday's marches and walk-outs showed, these kinds of incidents are not reserved purely for Ithaca or Mizzou.

“Mizzou has not only shown us the power of solidarity, but it has also shown what can happen when students from all different backgrounds take a stand, and refuse to accommodate an institution that will not acknowledge their concerns and their pain,” Yale student Reine Ibala told the Huffington Post. Ibala is one of the founders of the Black Ivy Coalition, a group comprised of students from Ivy League universities dedicated to advocating for racial equality.

To show solidarity for Mizzou students, as well as people of color on all campuses who may be facing discrimination, many campuses organized "blackout" events. Social media was flooded with students expressing their support, using hashtags like #InSolidarityWithMizzou, and #ConcernedStudent1950, the hashtag for the University of Missouri protest group named for the year the first black student was admitted to the college. Thus far, dozens of campus organizations have organized in solidarity.

University Of Texas At San Antonio