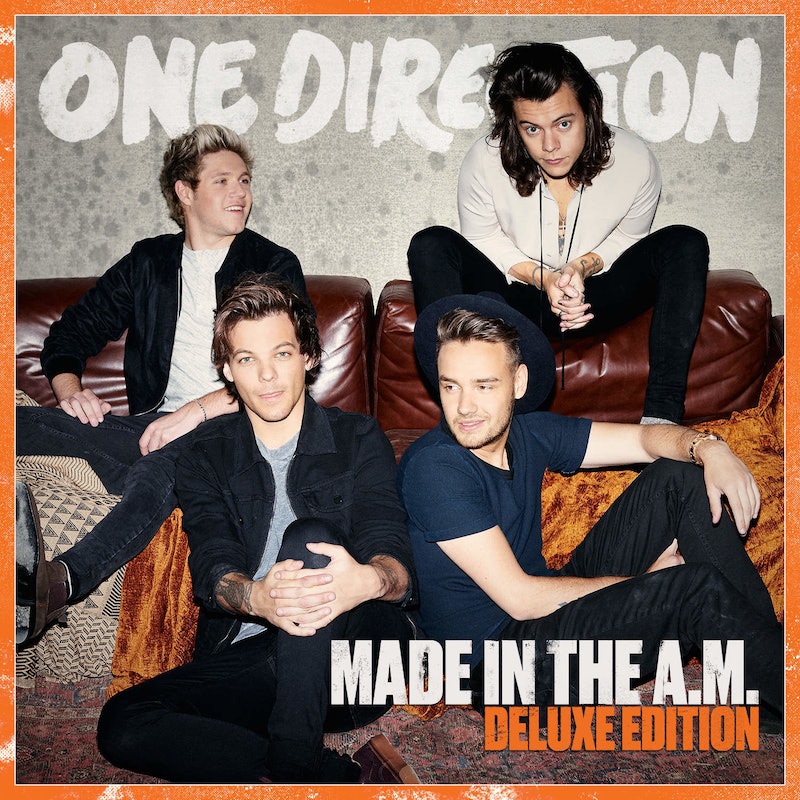 I don't know how to feel right now, you guys. You know, besides sad. Oh, don't get me wrong. I'm thrilled that One Direction's Made In The A.M. album is finally out for us to enjoy, but, as we all know, the release of this album marks the beginning of a hiatus for the band. Hiatuses for bands never mean anything good and, while 1D has assured everyone in interview after interview that they have every intention of returning back to the music and to the fans after their break, one can never be sure. What if Louis Tomlinson likes the X Factor too much? What if Harry Styles decides to go solo? What if the hiatus stretches into years as the boys realize that not being on tour all the time is kind of a more satisfying life than the one they've been living for so many years? I'm worried, OK. However, Made In The A.M. takes some of the edge off because it's just. So. Good.

The album, which is now available on iTunes and Spotify, is incredible. It's such a different sound for the boys while still being very recognizably them. The greatest thing about One Direction is that the boys are never afraid to experiment with new styles, with new types of songs, with new rhythms. With every album, they elevate their music to a level that it's never been at before, and that makes each album even more superior to the last. Made In The A.M. might induce some tears in the fandom on Friday because it's the last new album that we'll be getting for a while, but, as far as final albums go, it's an amazing send-off. It is the culmination of how much the band has learned, and how much they've grown, over the past few years.

You might need Kleenex and a hand to hold, but you'll definitely have this album on repeat for a good long time before you get sick of it. Goodbye, One Direction. Here's to an incredibly short hiatus. Check out the album on Spotify below.