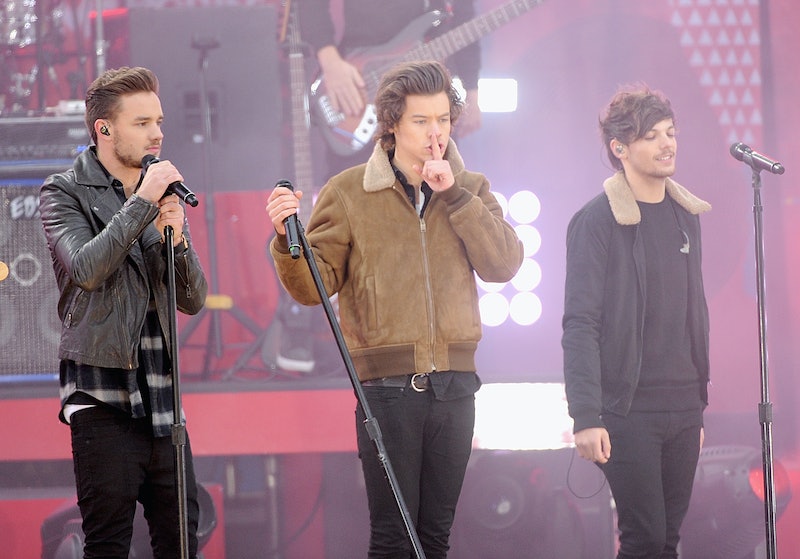 The One Direction madness will soon come to a close, if not a very drawn out pause. On Friday, their newest album Made in the A.M. was released, and with it comes the end of an era. This year the band will finally lay down the microphones and take a break. This year, they have already lost a member to his solo career, finished a tour, and rebranded. Not to mention, Harry Styles had to deal with all the Taylor Swift questioning and rumors. Suffice to say, this break the band is headed for is much needed and much deserved. However, we couldn't let them go without breaking down every One Direction song on Made In The AM from best to worst.

Now, this task was fairly hard, considering this album is one of the band's best works to date. You can definitely hear the evolution in their music from that of teen boys with fleeting issues to music by young men with real problems. Of course they managed to throw a few pop ballads and dance hits in along the way, but this album marks a new sound for them. While both One Direction and Justin Bieber, whose album dropped today as well, have been critiqued for releasing their saddest albums to date, that vulnerability goes to show a level of awareness and growth in the artists. This album is a classic, and soon, One Direction will be too.

This track sounds completely different from the One Direction we've come to know. A fun dance anthem with a sweet message is just what the fans needed to hear.

Aptly titled, this song is exactly that. It makes sense why people are inferring this song is about Taylor Swift, since it's basically like the sequel to "Style" lyrically. Secret rendezvous and doing things "we shouldn't do" — sound familiar?

Sweet guitar ballad for the win! Nothing is cuter than hearing a soft anthem about getting to wear your boyfriend's coat while he calls you his "everything." Doesn't get much better than that!

This one pulls you in and doesn't let you go until the very last note. The direction is unclear throughout the entire song, but every line is so good that it's beyond easy to go along for the ride. Best Lyric: "All I know at the end of the day is you want what you want and you say what you say, and you follow your heart even though it could break."

"I'm one step closer to being two steps far from you." Who hasn't been there before? This is not so much a broken-heart song, but a song of unrequited love, and it's beautiful.

At first I thought I had accidentally turned on the Tarzan soundtrack. Don't get me wrong, it's a great song, but it was a slightly different sound than the rest of the album. With its loud grunts and trumpet choruses, it's more of an anthem for men everywhere then it is a love song.

At some parts they sound like a live gospel choir crooning to the tune of lost love. Great song to cry to alone in your bedroom with a ton of ice cream.

The boys got a little PG-13 in this anthem about breaking up with someone, but having them "stay one more night" to truly "love them goodbye"... if you know what they mean.

I have always loved listening to the title track from different albums; they are always the pieces that finally fit the whole album together, and Made In The AM's did not disappoint. This album is the perfect way for 1D to end their journey together and give one last strong performance to their fans.

No one may know who Olivia is, but that girl sure is loved. The cute fade from the word "love" into the name "Olivia" gets me every. single. time.

Before you listen to this song, get in your car, roll the windows all the way down, and drive anywhere. This is the perfect anthem for a road trip, but it's also romantic enough for a wedding dance, if you're so inclined.

The group really showcases their strong vocals in this song. The lyrics may not be the most inspiring ever written, but it's definitely a great dance track.

This song is really smooth, and almost has a beautiful jazz feel to it. The track proves that these guys have really evolved as people and artists since their first album. Gone are the boys that once defined what makes us beautiful, and here are the men who are teaching the world how to love.

This one seems to prepare us for the break they are about to take. The lyric "It's a long way down" reminds me of the long journey they have had to take to get to where they are now, making this song a beautiful tribute to the band and to their fans.

No one can resist a soft piano ballad about returning home to the love of your life, and One Direction knows just how to pull those heart strings. They do it so well.

"Hey Angel" is the first song of the album, and while it's not the best one, it certainly gets the job done. The song opens you up beautifully to what the album is going to be about and sets you up for the rest of the journey.

Well, One Direction, you've done it again. With or without Zayn, you managed to pull together another musical masterpiece. Another album down, and hopefully more to come, but if not, at least we you can say that Made in the A.M. did you justice.