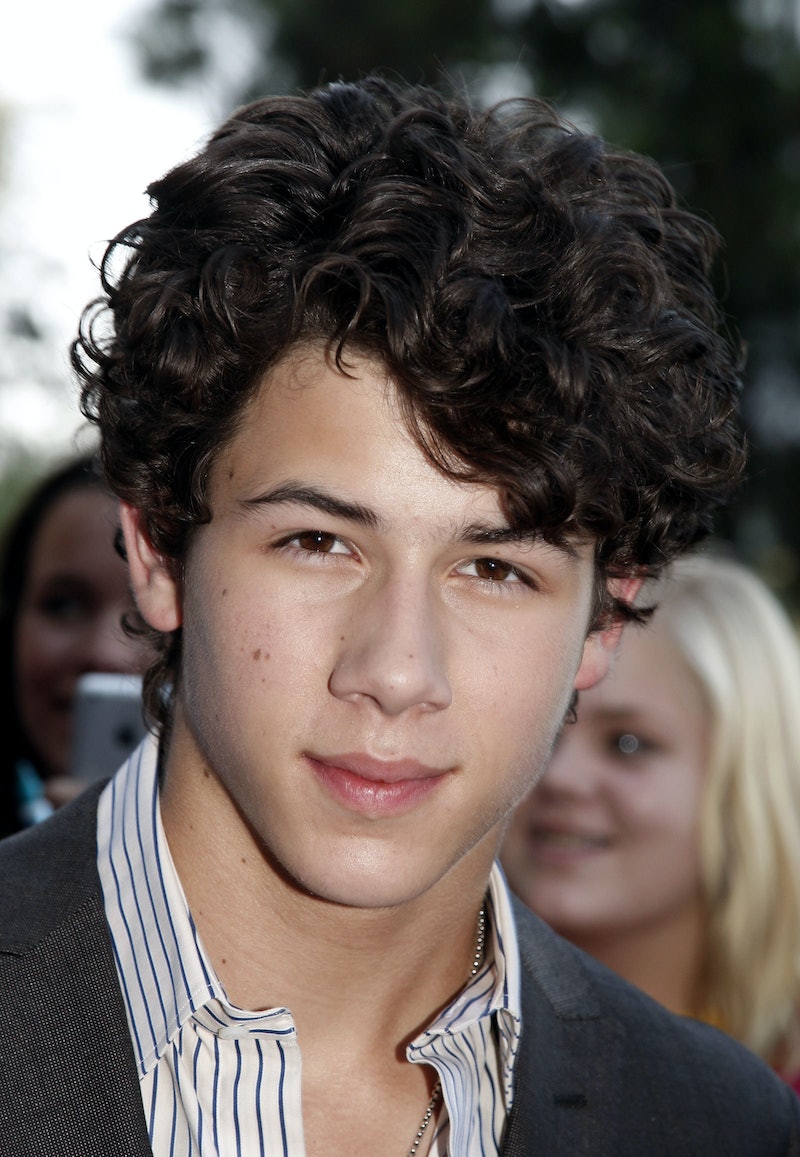 There are throwback pictures, and then there is Nick Jonas' throwback picture contribution from this past Thursday, after which I think we can effectively end the throwback trend forever. Nick Jonas wins. Hands down. If you haven't seen it, it features himself and Miley Cyrus at age 13, so somewhere around 2005 or 2006. Literally a decade ago. I'm not quite sure I've ever seen a photo so representative of the time period, either. They are like the poster children for the mid 2000s.

Jonas' caption is totally self-aware. He wrote, "#tbt When you're 13... hanging with your first crush and you're trying to play it cool. #wheresmydeodorant."

Poor guy had some pit stains. He was just a scraggly little dude then, though, so I'll forgive this hygienic misstep. Bodily fluids aside, there are some other majorly hilarious aspects of this picture that anyone who grew up around this time (me!) will get a total kick out of.

Firstly, there's the whole hair situation. Jonas' curly hair helmet was his signature for awhile there, back when dudes let their hair grow and run free without the restrictions of a perfectly coiffed bun. There's also Cyrus' hair to take note of. Yes, it's long and brown and wavy and unlike her current 'do, but that's not what I'm concerned about. No, to me, the trucker hat is far more interesting, because I imagine if there ever was a portkey to 2005, it'd be in the form of the fashion faux pas sitting atop the singer's head in this photograph. Another notable mention? Jonas' sick graphic tee.

There's also the grainy quality of the photo, which can be attributed to either a very basic camera phone or perhaps a (gasp) disposable camera. You know, that thing where you had to print the picture and then scan it to upload it to your Myspace page? But enough talking. The photo is too good for me to keep to myself, so I won't be selfish. Check out the picture below and literally transport yourself back to your adolescence, courtesy of the former JoBro:

This reminds me, what'd I do with all my trucker hats? Hm.