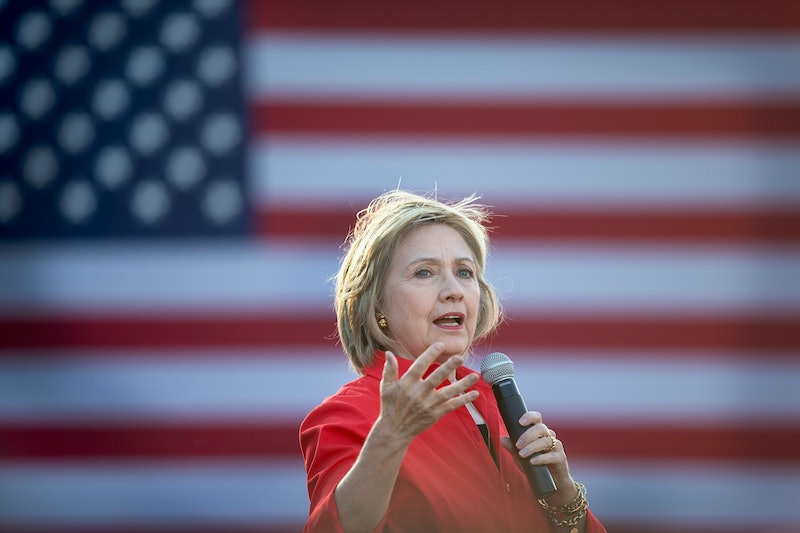 It's been 20 years since the 1995 Beijing World Conference on Women, a two-week event that united more than 47,000 activists and leaders in the hopes of making serious strides for women's rights. And now, a new documentary, Makers: Once and For All , chronicles the months leading up to the conference and the suspenseful events that took place before the forum began. With never before seen interviews and footage — not to mention commentary from women's rights advocates Hillary Rodham Clinton, Jane Fonda, Madeleine Albright and more — the doc takes aim at how far we've come, and how far we have to go.

The conference sparked a conversation that would help ignite a global commitment to empower women. The gathering featured one of the biggest congregation of women fighting for their rights in history. Of course, there is still an immense amount of work to be done for women, as the documentary highlights, but this 1995 conference was a huge step in the right direction.

In this exclusive clip from the film, see Clinton and Iranian women’s rights activist Mahboubeh Abbasgholizadeh discussing the negotiation process during the convention. Makers: Once and For All be available on Makers.com on Nov. 20 for all to stream for free.