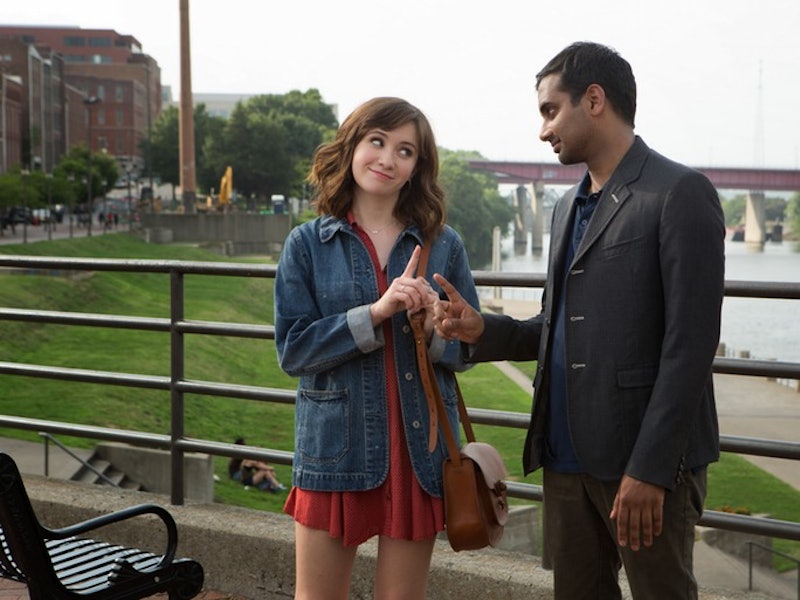 What makes a TV show feminist? Does it explore women's issues explicitly? Does it let women have nuanced, complex lives? Because television shows can explore lots of themes, some are able to do both of these things. While I can't mandate TV shows women should watch, I can recommend shows to women who are frustrated with how they are represented on television and/or want to see their real-world experiences portrayed with sensitivity and honesty in the media they consume.

There are lots of shows filled with women that don't seem particularly related to the lives of real women, at least not women who aren't incredibly rich or privileged. Part of this seems to be related to how many women were (or rather, were not) involved behind-the-scenes to tell stories and provide a point of view that seems authentic. This is why writing room gender diversity is so pivotal, an issue that has come up a lot lately. Not only do you want various genders behind the scenes, but diversity is so important when it comes to portraying all women and non-binary genders of different backgrounds, and not reducing their experiences to stereotypes. So here are some shows I think all women, as well as anyone who is interested in seeing women portrayed thoughtfully on television, should watch at least once, and anyone of any gender who is interested in seeing women portrayed thoughtfully on television.

This hilarious comedy never gets very political, but Leslie Knope is the rare female character who is unapologetic about who she is. She doesn't try to tamp down her positivity because it annoys some people; she defends her outlook and people end up loving her for it.

This amazing show manages to depict a woman who is incredibly competent and living her life, but Olivia Pope is also a woman who has a lot to say about gender. And as the first black female drama lead since 1974, characters like her are long overdue.

For those who want more explicit commentary on the many barriers facing women in entertainment, in dating, and in the rest of the world, each of this show's sketches serve as a mini-lesson in sexism and inequality.

4. Orange Is The New Black

Set in a women's prison, this show barely includes men but mostly focuses on the internal and interpersonal conflicts of a diverse array of women. Many of their backstories include the ways that their roles as wives, girlfriends, and mothers have lead them to imprisonment.

The character of Diane is a surprisingly groundbreaking feminist character for a comedy about a cartoon horse. She loves learning, sticks to her principles, suffers from mental health issues, and in one excellent episode, is called selfish by her the show's main male characters for standing up to a predatory figure.

There is a lot of '60s-era sexism on this show, but the emotionally intelligent writing critiques it by showing the discrepancy between the real women on the show and the way they are treated and perceived by the men. Seeing the way the advertising industry has historically looked at gender difference is also fascinating, if not disheartening.

Often considered one of the first sitcoms dominated by women, this show had many women in the writers' room back in the early '70s. It cautiously introduced concepts that had never been seen or mentioned before on TV all while being incredibly funny and popular.

Buffy is a great feminist show for making a woman into a badass action hero without sacrificing her femininity or vulnerability, suggesting that they can exist simultaneously. It also featured lots of great other female characters, including one of the first lesbian couples on TV.

Lisa Simpson is an intelligent, driven young women with strict feminist principles, and she's allowed a confidence few female television characters are allowed. Her conflicts with her more traditional mother are perfectly emblematic of an age-old and complex struggle.

It's getting lots of hype for a reason. Aziz Ansari and Alan Yang's latest shows explores lots of issues that many , but there's one especially great episode called "Ladies and Gentlemen" that explores everything from the way women are followed at night to the well-intentioned men who don't believe them.

This beloved animated show's title character is an intelligent, quiet observer and critic of the world around her, a world that is often greatly flawed and unequal.

While this is a lot to watch, I can definitely recommend any of these shows to you suffering from feeling underrepresented on television. It's not enough, but it's something.