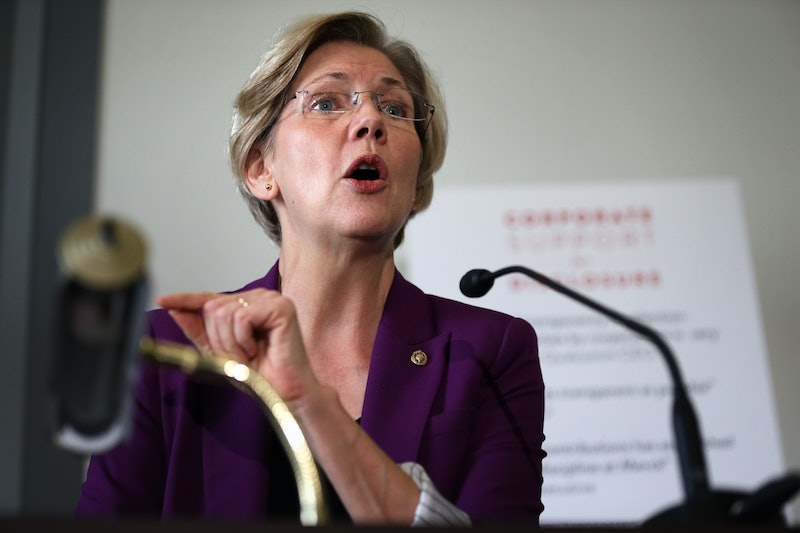 A new Gallup poll shows that a higher percentage of Americans are identifying as “liberal” than ever before. Self-identified conservatives still outweigh liberals by 15 points, but that’s the smallest gap between the two labels since Gallup starting asking the question in 1992. But self-reported ideological identification isn’t necessarily the best way to gauge the actual values of voters, as terms like “liberal” and “conservative” have constantly changing definitions and aren’t always the same from person to person.

Conservatism, for example, used to mean something wholly different than what most Republicans would tell you nowadays. When Edmund Burke, generally thought of as the founder of conservatism, used the term in the 18th Century, he was referring to an opposition to revolutions and drastic social change, and a general favoring of the status quo and social stability. By that definition, conservative efforts to overturn Roe v. Wade, change voting laws, cut Social Security, and enact a balanced budget amendment aren’t very conservative at all.

Similarly, liberalism used to be a much broader concept than what we think of as “liberal” nowadays. Its meaning has undergone several mutations, but at its inception, liberalism referred in general to a support of individual rights, freedom, democracy, and minimal government interference; in that sense, it was a lot closer to what we now think of as libertarianism. That being said, the basic tenets upon which American government was founded — Democracy, freedom of speech and action — are based on liberalism, so in a sense, all modern conservatives are liberals.

The meaning of both terms has even changed over the last fifty years. Consider that the policy foundation of Obamacare: the right now considers it a Socialist plot to take over the country, but it was originally proposed in the 1990s by Republicans as a conservative alternative to Hillary Clinton’s health care plan. Or in the 1950s, when the Republican president’s idea of a tax cut was to bring the top rate down from 92 percent to 91. Now that’s Socialism; that kind of proposal makes Bernie Sanders look like Grover Norquist. Nowadays, publicly advocating for such an astronomical tax rate would be a disqualifying factor for any national candidate, liberal or otherwise.

So it’s possible, and probable, that different poll respondents have different ideas of what “liberal” and “conservative” mean. It might be better, then, to look at the popularity of actual policy positions that, in 2014, most people agree are either liberal or conservative.

The majority of Americans support marriage equality, legalizing marijuana, universal background checks, and higher taxes for the rich. They also support extending unemployment benefits and raising the minimum wage. And while it’s true majorities consistently oppose Obamacare, there are tons of caveats to that. In essence, most of the individual components in Obamacare poll with overwhelming popularity, but awareness that those components are actually part of the law is less than 50 percent. The fact that the law’s popularity spikes in polling when you don’t refer to it as “Obamacare” is a good indication of how uninformed the public is of what the law actually contains.

So, while more Americans identify as conservative than liberal, it’s not at all clear that more Americans actually support what we’d now think of as “conservative” ideas. It seems, instead, that it’s the opposite.