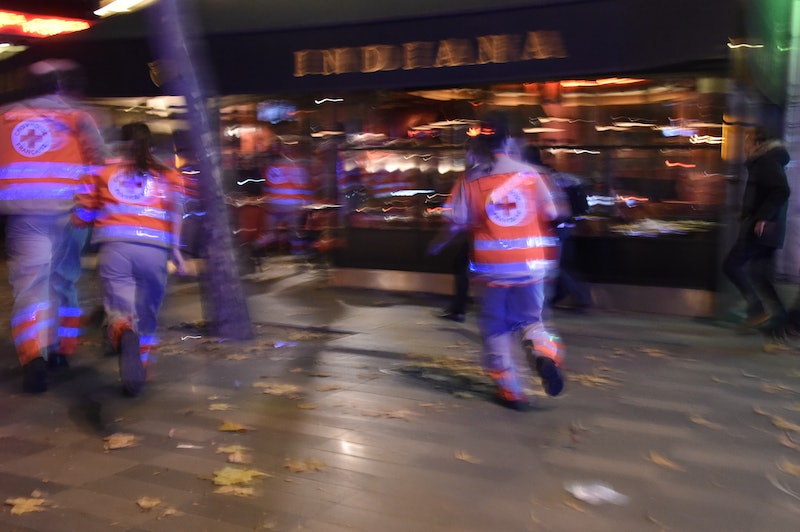 Earlier: On Friday night, several shootings and explosions shook Paris, leading to French President Francois Hollande's evacuation from a sports stadium. According to a report by The New York Times, the shooting began at a concert hall, where hostages are reportedly currently being held. Another shooting broke out at a restaurant in central Paris, while several explosions were heard just outside the Stade de France, where President Hollande was reportedly watching a soccer game between France and Germany. Details are still emerging in the ongoing situation, and as of press time, the Paris attacks' death toll is around 45, but that number will likely continue to rise.

The latest development is a possible fourth attack, at Les Halles shopping mall, also in central Paris. Details and possible casualties have not been confirmed yet.

Different outlets are currently reporting varying information, but at least 45 people could be dead. According to the Associated Press, 11 people were killed in Le Petit Cambodge restaurant, while roughly 35 were killed at the Bataclan theater, where French police are saying at least 100 people have also been taken hostage. Around the same time, at least three explosions were also reported near Stade de France, leading to an emergency evacuation of President Hollande to the French interior ministry. Multiple reports have confirmed he is safe.

So far, there is no confirmation whether the attacks are connected to each other or are related to terrorist activity. Reuters reported that U.S. security officials believe these attacks are coordinated.

This is a developing story...