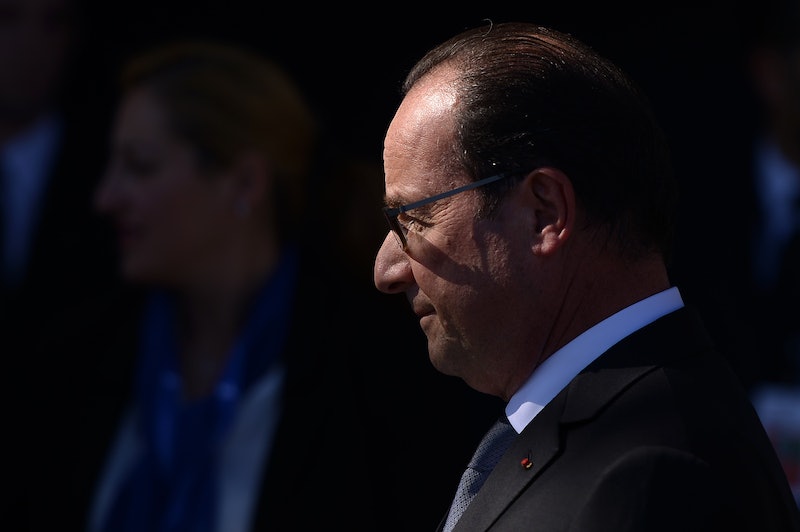 On Friday night, after a series of attacks in Paris that left at least 60 people dead and 100 more held hostage, French President Francois Hollande has closed France's borders. Speaking to the nation and the world after reportedly being evacuated from a soccer game at the Stade de France — the national stadium was close to a trio of explosions that went off, amid the other shootings and hostage-takings — Hollande announced a state of emergency, as well as the border closure. He also called for the French people to remain courageous, in the face of this violent mayhem and confusion, saying "France must be strong in the face of terrorism," according to The Telegraph.

Here are the confirmed areas under attack In France:

And a touching quote from the French President: