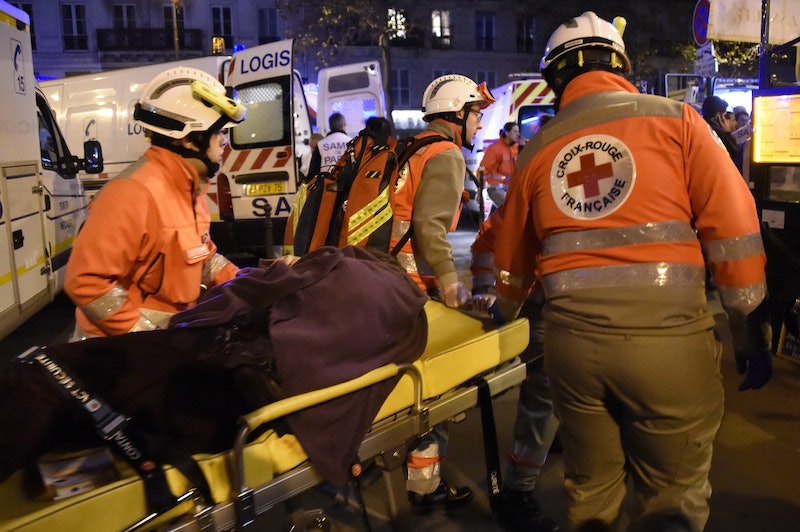 The terrorist siege on a Paris concert hall is reportedly over, but the city is still on high alert as authorities seek to secure streets and buildings from other possible attacks. Bataclan Hall was one of six or seven spots across the city that were simultaneously targeted by terrorists late Friday evening. As of early Saturday morning, the attack at Bataclan Hall appeared to be the deadliest site, with at least 100 people reportedly killed inside the venue, according to Agence France-Presse. So, what exactly happened at Bataclan Hall?

Earlier: Late Friday evening, following an explosion and early reports of attacks at Stade de France and neighboring restaurants, there were reports of automatic gunfire and blasts coming from the area surrounding the concert hall. French radio reporter Julien Pearce, who was inside the Bataclan, told CNN that two gunmen dressed in black entered and opened fire using what appeared to be AK-47s. According to Pearce, the men did not wear masks and uttered no words. Pearce described a horrific scene as the gunmen shot at and executed people, even those who were already wounded. Pearce told CNN the gunfire lasted for up to 15 minutes, inciting panic throughout the small venue.

A hostage situation soon began, with around 100 people reportedly stuck inside the hall. There were reports of gunfire inside the Bataclan. One unconfirmed witness who was allegedly on the first floor of the theater described the terrifying scene through his Facebook. "They are cutting down all the world. One by one," he posted. He later said he was alive, though there was "Carnage... Dead bodies everywhere."

Security forces launched an assault and stormed the Bataclan, according to the Associated Press. The operation reportedly ended with two attackers killed. Officials did not immediately disclose exact details of what transpired inside the venue. According to CNN, around 100 hostages were rescued and seen exiting the Bataclan.

At least 100 people were dead inside the Bataclan, according to AFP. That number could rise. Another 40 people were reportedly killed in attacks at other locations throughout Paris.

Our thoughts are with the victims of the Paris attacks.