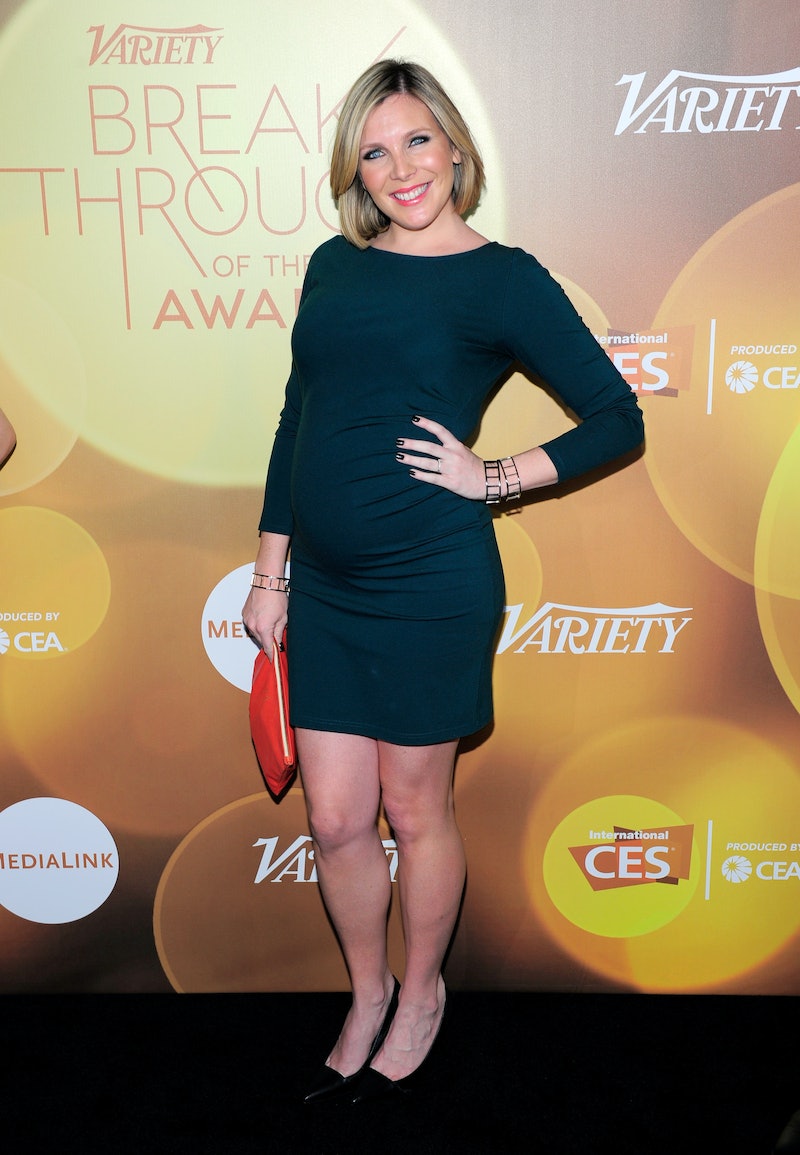 This is the best surprise to end your Friday with: While attending CES 2014's Variety Breakthrough Awards, Burning Love and NTSF:SD:SUV:: star June Diane Raphael surprised everyone by arriving with a baby bump. This is the first time Raphael, who's married to The League star Paul Scheer, has revealed she's pregnant, so congrats are in order!

Raphael also shared the news on her Instagram, captioning a picture of her, baby bump in tow, and Scheer together, with, "Woke up in Vegas w baby bump. Have no idea how this happened." Say it with me now: Awwwww.

Raphael and Scheer have been married since 2009, and they reportedly met and began dating in 2004 when Scheer was asked by the artistic director of the Upright Citizen's Brigade in Manhattan to offer comedy advice to Raphael and her comedy partner, Happy Endings star Casey Wilson.

In addition to starring in NTSF:SD:SUV::, Raphael also co-hosts the amazing podcast that everyone should listen to more than once in their lives, How Did This Get Made , along with Scheer, and The League star Jason Mantzoukas. Considering his or her parents' awesome taste in life, this kid is probably going to grow up to be awesome. Just my prediction.

Congrats to the couple!

More like this
Kelly Osbourne Found Love In Her Best Friend & Now They're Expecting
By Vivian Iroanya and Rachel Mantock
Is Megan Fox Pregnant? MGK Gave A Shout-Out To Their “Unborn Child” Onstage
By Hugh McIntyre
Sasha Lane’s Greatest Love Of All Is Her Daughter
By Sophie McEvoy
20 Celebrity Couples Who You Forgot Dated In 2002
By Jake Viswanath
Get Even More From Bustle — Sign Up For The Newsletter