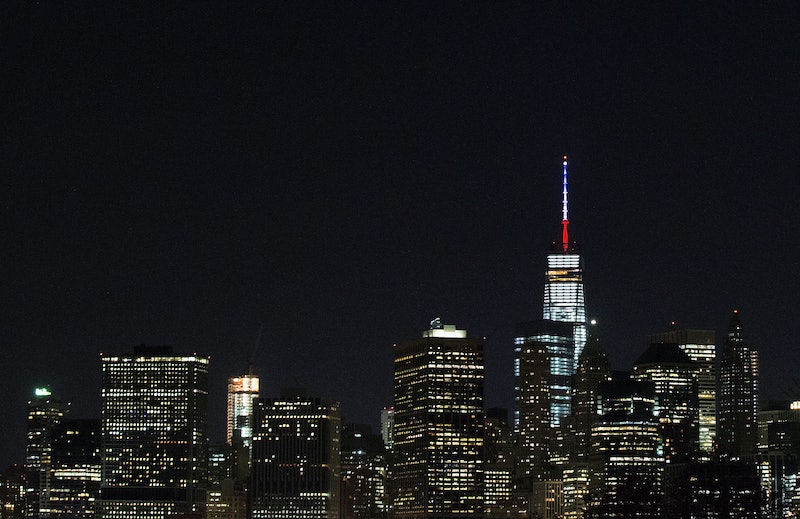 Just like Sept. 11 is a date that Americans will never forget, Nov. 13 is now one that will forever be ingrained in the cultural consciousness of the French. The attacks on Friday were terrifying — according to the Guardian, over 150 people are dead; all five terrorists are reported dead, as well. As President Obama put it, the incident was "an attack on all of humanity and the universal values that we share." And the U.S. knows first hand about terrorism, values, and community, which is why One World Trade center is lit up in red, white, and blue.

New York Governor Andrew Cuomo decided it to be so. He released a statement:

Today’s horrific attacks in Paris have moved us all, and the more we learn, the more our hearts ache. These were cowardly acts of evil by people who have inexplicably chosen to believe in radical hatred above all else. We reject that kind of extremism – choosing instead the bonds of liberty, equality and fraternity that bring us together. Today, and in the days ahead, New York will light One World Trade Center in blue, white and red as we stand in solemn solidarity with the people of France, just as they have done for us in our own times of tragedy. We join them in mourning those who were killed, and in praying for those who were injured or lost loved ones. And we continue to stand side by side with them in our commitment to a free and peaceful world.

The symbol of solidarity couldn't come from a more resonate place. Some more photos: