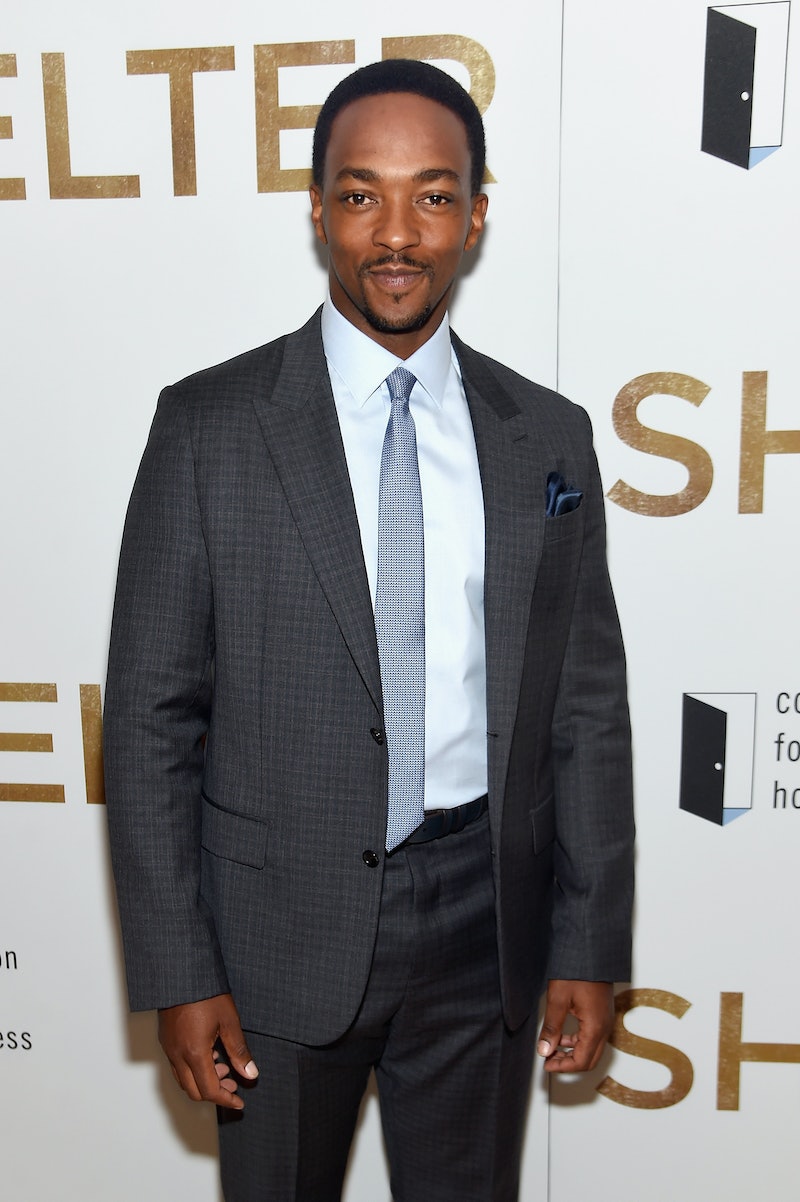 Anthony Mackie is having quite the November. His movie Love the Coopers premiere Friday, and his upcoming film The Night Before premieres next week. And now, he's just dropped the news that Mackie's wife gave birth to the couple's third child. He broke the news pretty casually in a Los Angeles Times interview tied to The Night Before release, in which he said "I recently had my third kid, and it just messed up everything that was my reality." He and Night Before co-star Joseph Gordon-Levitt and director-writer Jonathan Levine all became new parents within just weeks of each other, Levine added.

This is actually baby number three for the recluse Mackie and his wife Sheletta Chapital. He's been tight-lipped about his personal life in the past — he secretly wed Chapital in late 2014 but they didn't go public with the news till well into 2015. Mackie told the Queen Latifah Show early last year that he and Chapital had been dating on-and-off since they were just seven years old growing up in New Orleans. Us Weekly further explained that the couple became more serious in 2009, and they had since had two children before the most recent baby was born.

Mackie added in the same Los Angeles Times interview that his steadily growing family has changed his outlook on his own parents. He's one of six, he explained, and he now understands that having kids "just changes your entire perspective on the world." He had always wondered why his parents never took the family on vacation outside of the immediate area of Louisiana — usually Florida or the Gulf Coast. "Even traveling is an issue now," he said of his own family. "I've got to buy five tickets!" It fits with the theme of his upcoming movie: The Night Before is all about facing up to the realities of being an adult. Life imitates art.