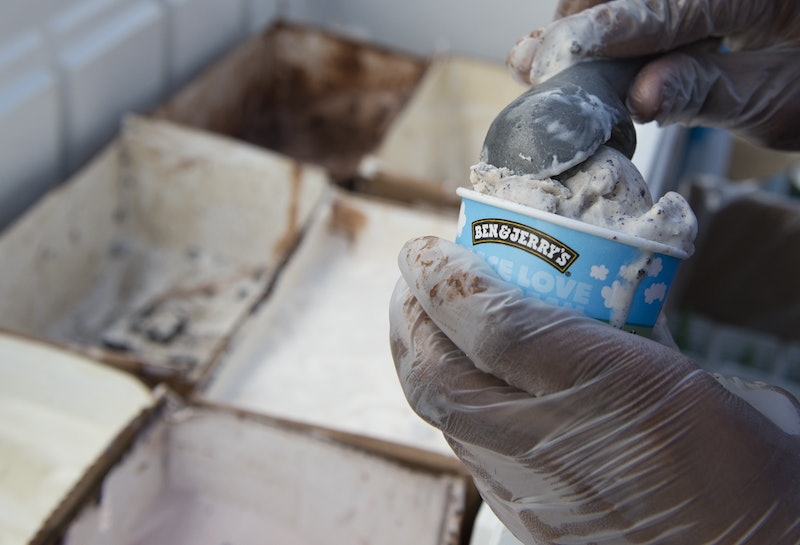 Ben and Jerry's has been working on a vegan version of its ice cream for a while, and now it looks like the company is one major step closer to making it happen. The brand has just announced that its Ben and Jerry's vegan ice cream will contain almond milk as the basis for its soon-to-be released dairy-free treat.

The company has been testing various varieties of ice cream for vegans and lactose intolerant individuals since July, after thousands of people signed a petition for the dairy-free option on Change.org. Though Ben and Jerry's reportedly tried out several different ingredients in its quest to make a tasteful, non-dairy ice cream, it eventually settled on using almond milk as its new base.

"Besides being a favorite choice among vegans and other dairy-alternative-seekers, almond milk proved to be the best choice as an ice cream base, beating out soy milk, cashew milk and other contenders for our Flavor Gurus’ favor," the company wrote in a statement, Huffington Post reports.

It's definitely a good choice. As pointed out, almond milk is a preferred alternative not just for vegans and those with dairy allergies, but also for many who are simply looking to be a little more health conscious. Plus, while it's tasty on its own, it also seems like it'll lend itself well to the chunky, swirly flavors that Ben and Jerry's is known for.

There's no word on what flavors the company is planning to offer its vegan ice cream in, but I'm sure it will include spins on some of the classics (like Phish Food and Chunky Monkey), and that it will all be delicious. And the best part? It's coming sooner than you think. According to the company, people can expect vegan-friendly ice cream from Ben and Jerry's to hit shelves sometime in 2016.