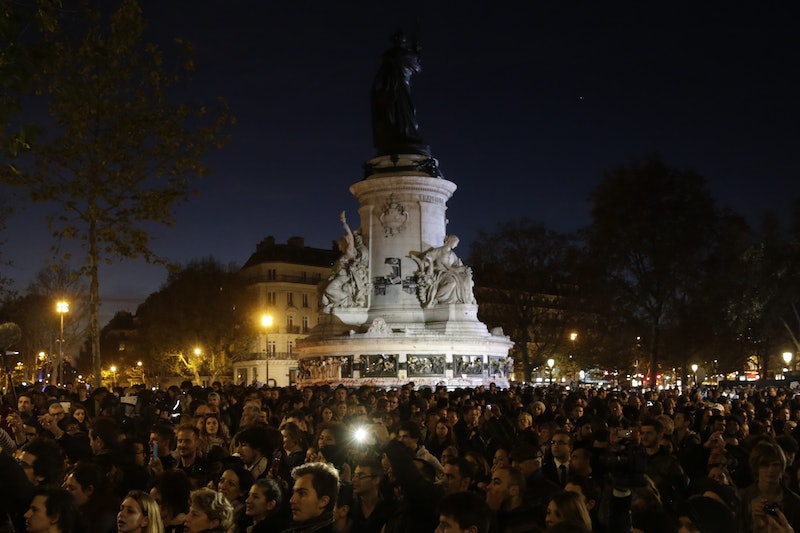 As mourners gathered to remember the victims who died and were injured in the Paris attacks, police suddenly entered the area with guns drawn, creating panic as people rushed to leave. But reports differed on exactly what happened, with many saying it was just a false alarm. What happened at Paris' Place de la République? The site that has become a populated memorial for mourners was, for just a brief moment, a site of panic.

Although initial reports indicated that gunshots were heard, sending thousands of people scrambling for safety, French police reported that the noises were actually firecrackers. Crowds soon returned to the memorial as the all clear was given. Hundreds and thousands of mourners have been gathering at the Place de la République since the attacks on Friday took the lives of more than 120 people. A New York Times article characterized the mourning as "defiant," as officials had urged citizens to stay indoors — but many French citizens wanted to show that they weren't afraid.

Place de la République was the scene of mourning less than a year earlier, when more than 1 million people marched in solidarity after the Charlie Hebdo attack. A statue of Marianne, a national symbol of freedom in France, was the beginning point of the march, and France has proven again that it will stand against hatred — even in the face of fear.