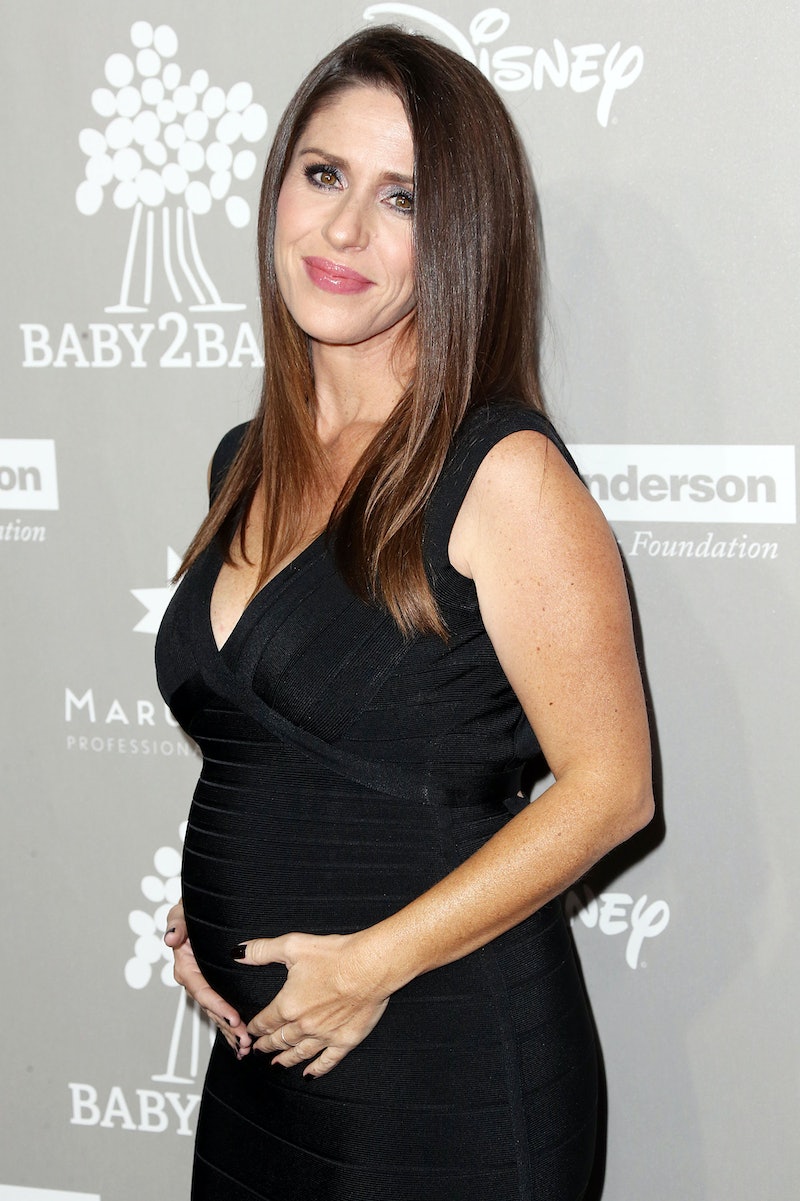 If you haven't yet caught on, it appeas that all the cool kids are announcing their biggest pieces of news via Twitter these days. I mean, even Punky Brewster has gotten in on the trend! On Saturday, Soleil Moon Frye announced she was pregnant through a tweet that included a picture of herself holding a pregnancy test that clearly states, "Pregnant." The tweet reads, "Excited to share some big news. Feeling beyond blessed. #ClearblueConfirmed #growingfamily @Clearblue #ad #grateful." Later that same day, she also tweeted a photo of her and her husband, Jason Goldberg, saying, "Me & my love. No hiding this bump @baby2baby loved being with you tonight xoxoxo."

Even more exciting than a sweet Twitter announcement? This baby rounds out Frye's family total to a whopping four kids. But just because a baby is nothing new in the actress' household doesn't mean that the fourth time around won't be any less of a celebration. The actress told People ,

We were so surprised by this amazing, little miracle, that I think, now, we’re just like, let’s keep the surprises going. We had like a 20-month-old at home, and we have a 10-year-old, and a 7-year-old. So this was definitely a really happy surprise. It was not something we were planning on, and yet, we could not be more excited and thrilled.

Frye also explained to the magazine that she is about 13 or 14 weeks along, and you can check out her sweet little baby bump in the tweet below:

Congrats to Frye and her family on their newest addition!