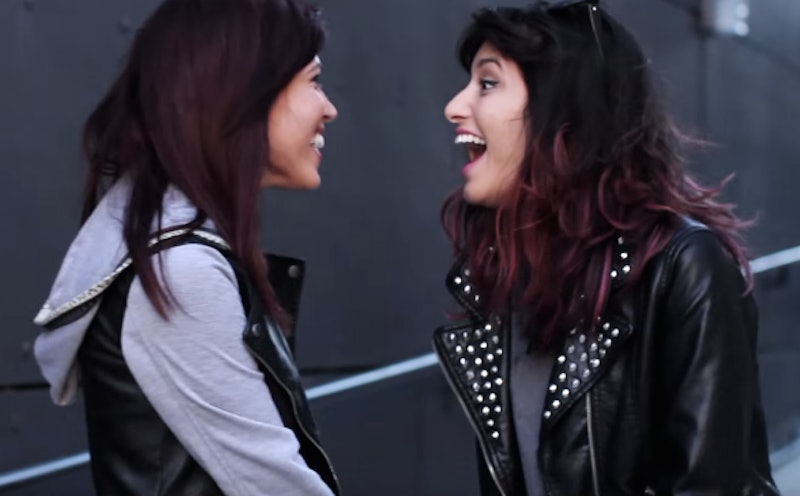 Imagine a world where every experience was equally represented in film, and you might find out what it would look like if lesbian movies were realistic. Let's say rom-coms with same-sex lead couples were commonplace, if you were to make them realistic as well, this is what BuzzFeed imagines it would look like. The video is both a commentary on how silly it is that we don't have same-sex couples widely represented in romantic movies, and how it can be hard to be a woman seeking a woman when society has some pretty warped conceptions of what that entails. Let's just say the main preoccupation of the people the protagonist meets is "girl-on-girl" rather than actual, sincere romance.

2. But All The Women Are Straight