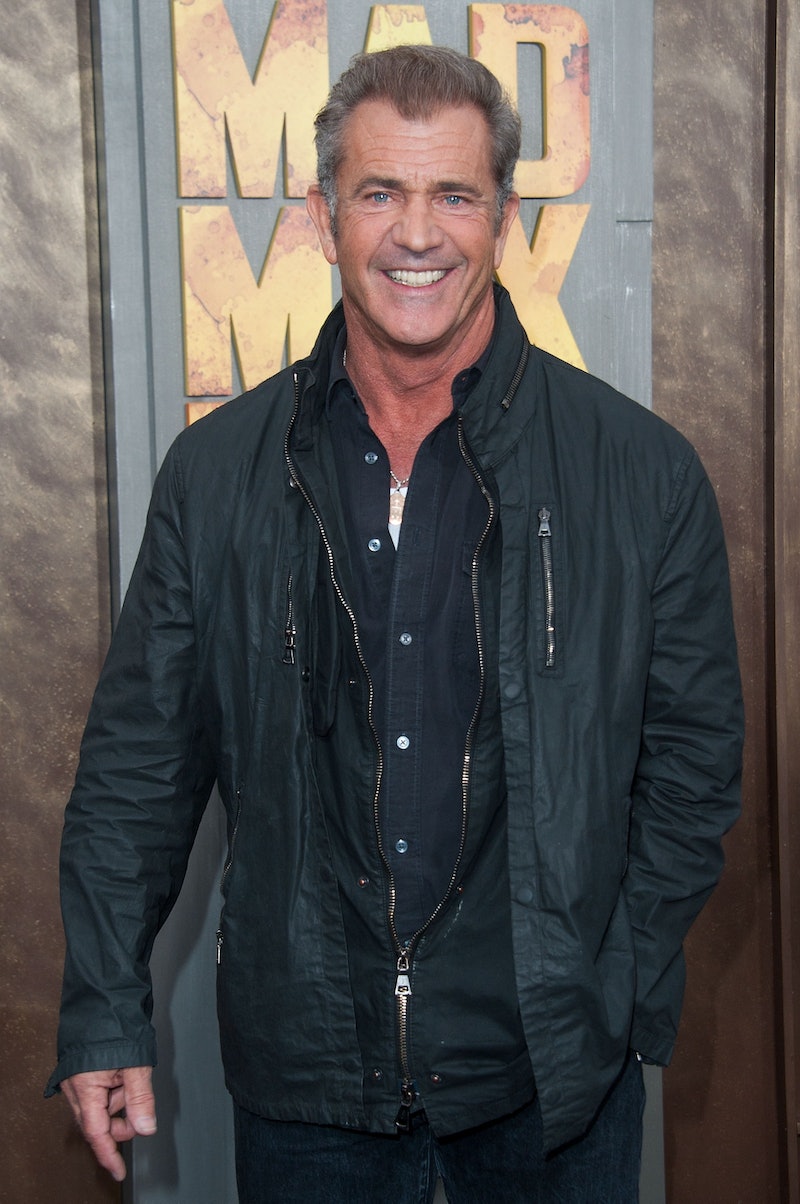 Before he voiced John Smith in Disney's iconic Pocahontas, before he made headlines for his anti-Semitic remarks, before Passion of the Christ was ever a thing, Mel Gibson was People magazine's first Sexiest Man Alive in 1985. Setting a precedent for fellow Sexiest Men (and that one time Richard Gere and Cindy Crawford were crowned Sexiest Couple), Gibson graced the magazine's inaugural Sexiest Man Alive cover in February 1985, with his piercing blue eyes staring straight into your soul and locks of disheveled wet hair falling across his forehead.

Though many of the actor's most notable films would occur later in his career — Lethal Weapon, Braveheart, What Women Want, just to name a few —the early-to-mid '80s was good for Gibson's rising star, with the Mad Max franchise catapulting the actor into superstardom. And with the series' third installment being released in 1985, the same year that Gibson was crowned People's Sexiest Man, I'd say that there was little coincidence there: Gibson was an action movie star who was hunky AF. And at the ripe age of 29, the actor was suitable for fans both decades younger and older, a cover star sure to send fawning admirers straight to the floor of their local supermarkets (from all that fainting, obviously).

So, what actually went into the decision process behind People picking Gibson as their first Sexiest Man? Though the powers that be behind the iconic magazine have never revealed their exact formula — People editor Julie Jordan still kept things pretty under wraps when being interviewed about the criteria for the Sexiest Man Alive — it pretty much goes without saying that that his rugged good looks, action movie star status, and reader reaction definitely helped him rise to the top.

In explaining how Channing Tatum was chosen for the title in 2013, Julie Jordan told USA Today that the editors at the magazine "watch these guys [the Sexiest Men candidates] over the year," with Tatum as the frontrunner that year due to his movies in genres all across the board and the fact that thewomen in their office and their readers "responded" to Tatum. And while she was obviously not talking about Gibson, many of those characteristics applied to him, as well.

In 1984, Gibson starred in two dramas (Mrs. Soffell, The River), a successful historical drama (The Bounty), and in 1985, was making his return to action movies in the third installment of the Mad Max franchise. And though social media didn't exist back then, Letters to the Editor certainly did, and I'd be shocked if the magazine picked someone who wasn't getting rave reviews from their readers whenever they reported on him — you want the guy who is going to sell the issue. And have I mentioned his looks? To be sexy is to possess a number of different characteristics (career success, talent, a charming personality) but, clearly, appearance is a huge factor. And in 1985, Gibson's eyes and rugged looks were good enough alone. And it's a good thing, too — because this is one honor that he will not be joining the Two Timers Club for; not with that many scandals under his belt.