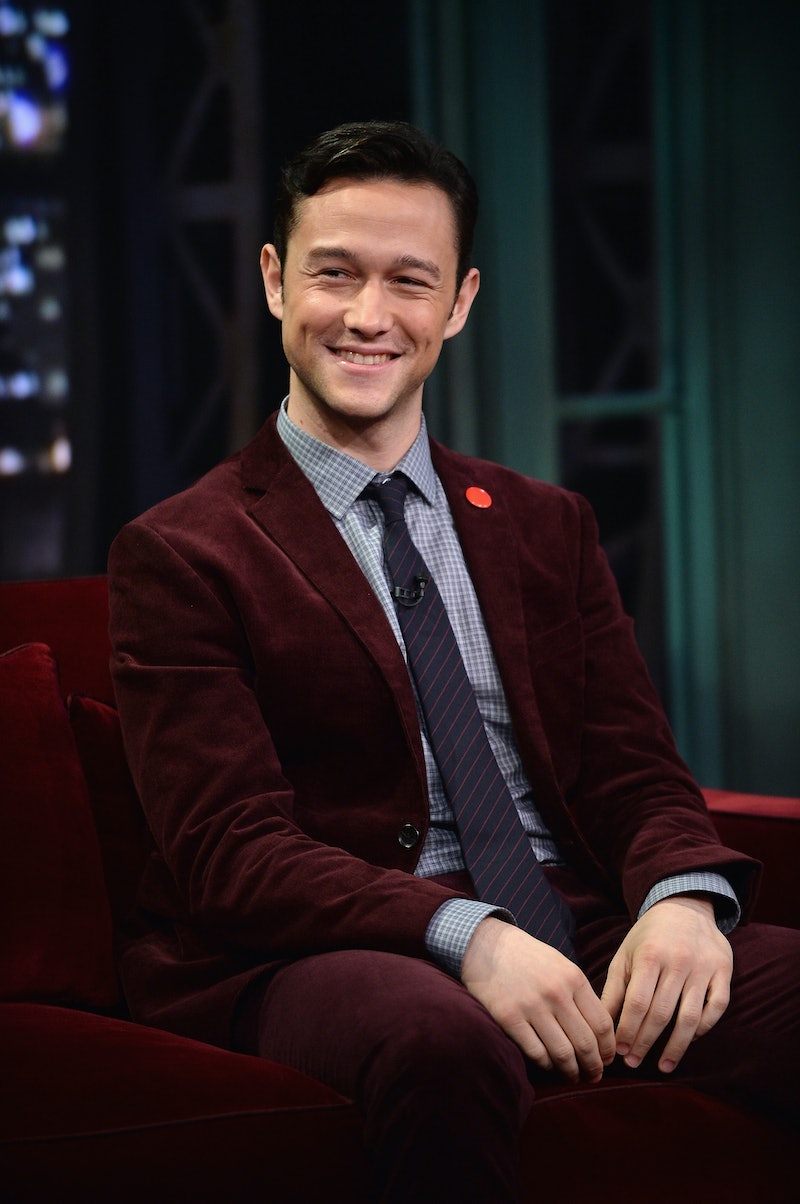 While we've all been sitting around watching 500 Days of Summer for the 9 millionth time and dreaming of the day when Joseph Gordon-Levitt will host SNL again and dance like Magic Mike, the multi-talented actor, director, and writer has been quietly working away on his new show HitRecord on TV, which promises to be every JGL fantasy you ever dreamed of (remember that time he realized people masturbated to him?). Since 2005, JGL has been working with his brother Dan, who passed away in 2010, on HitRecord, a production company that Gordon-Levitt said he runs as a "benevolent dictatorship," meaning that though the site is crowd-sourced, the videos we see are hand-picked by JGL himself for quality and content. The show, a manifestation of the company's work which recently aired for the first time on Hulu, consists of a compilation of videos that flow together under a single theme each episode. Although the show technically airs for the first time on Pivot on January 18, it has been made available online and has been watched over 500,000 times since its release on January 6, causing the network to go so far as to renew the soon-to-be hit with a second season.

For those of you living under a rock, (read: not following JGL on twitter), HitRecord is an open collaborative production company, which essentially means that artists from around the world get together online and create beautiful projects and works of art. In the past, JGL's company has gone on tour and produced books, records, and even short films that were screened at Sundance. During the show's first episode, JGL describes how all of his work with crowd-sourced content has been leading up to this:

"I'm deeply proud of this show, and I think you're realllllly gonna like it," the actor wrote in an introduction to the show on YouTube. "Honestly, making this thing together with all the artists from around the world in our HitRecord community has been one of the most challenging and rewarding experiences of my life so far."

HitRecord's website, which features a shot of JGL beckoning for users to join him, describes the first episode "Re: The Number One" as a series of variety show-esque short films, animations, writings, and music clips centered around the themes of first times, unity, and solitude. Not only is the show witty, well-developed, visually stunnning, and filled with incredible art from creators around the world, but it also showcases the work of over 426 contributors, including Elle Fanning and James Patrick Stuart. The best part about the show? It reminds you how much you love JGL and everything he stands for:

"It's about creating a supportive community that's not commercially-minded, even though we do pay the artists," Gordon-Levitt said of the crowd-sourced nature of HitRecord content. "What's important is a sincere connection between human beings."

HitRecord on TV's first season consists of eight episodes, and I know that I will be waiting with baited breath for every JGL filled moment. Because just like the first time I watched Gordon-Levitt try and fly during Angels in the Outfield, the first moment he walked on stage during HitRecord on TV and flashed us his Kermit the Frog socks, I was hooked. So please, do yourself a favor, and take those 20 minutes you would spend watching Don Jon clips to experience this gem of a show — I promise it's just the JGL fix you're looking for.

More like this
Everything To Know About 'Grey's Anatomy' Season 19
By Brad Witter
Britney Spears Met The Weeknd & Sam Levinson, So She May Actually Be On 'The Idol'
By Jake Viswanath
Here’s Everything Coming To & Leaving Netflix In June
By Alyssa Lapid
Kaley Cuoco & Tom Pelphrey Just Made Their First Public Appearance As A Couple
By Hugh McIntyre
Get Even More From Bustle — Sign Up For The Newsletter