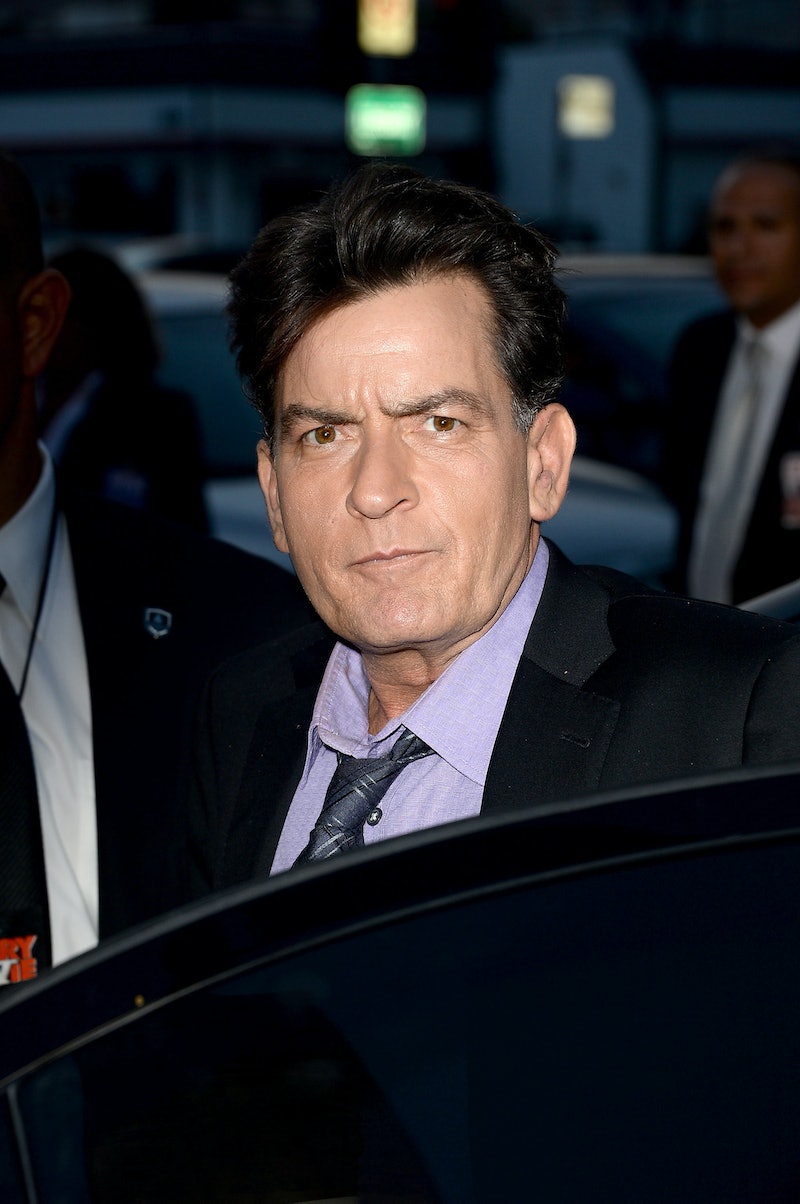 On Monday, NBC announced that Matt Lauer will sit down with Charlie Sheen on the Today show for a live-in studio interview on Tuesday, Nov. 17 where the actor will be making a "revealing personal announcement." No other details were given. Soon after NBC's announcement, TMZ reported sources "connected to Today" revealed Sheen will disclose he is HIV positive. Bustle reached out to Sheen's publicist and to Today for comment, but has not yet heard back.

(Update: People claims that their sources also allege that Sheen is going on Today to talk about his HIV status.)

On Monday, Radar Online published "exclusive details" about Sheen's alleged HIV-positive diagnosis based on an investigation into the Two and a Half Men star by The National Enquirer, which will appear in its Nov. 18 issue. The National Enquirer alleges that the 50-year-old actor has had HIV for four years.

The New York Daily News claims an "unidentified friend" shined some light onto Sheen's alleged HIV-positive diagnosis and told the Enquirer, "Charlie thought he was indestructible and took no precautions — even though he was indulging in high-risk sex practices." Reportedly, Sheen's ex-wife Brooke Mueller claimed to the Enquirer he "potentially" infected her.

TVLine reports that there are many rumors about just what Sheen is set to discuss with Lauer, but the top guess is that the interview is "related to the actor’s health."

More like this
Emilia Clarke Remembers Her Broadway Debut As A “Catastrophic Failure”
By Stephanie Topacio Long
Here’s How Lizzo Is Supporting Abortion Rights After The Roe v. Wade Reversal
By Brad Witter
Photos Of The 'Elvis' Cast vs. Their IRL Counterparts Will Have You All Shook Up
By Grace Wehniainen
Chris Hemsworth Joked That Baring His Butt In ‘Thor: Love And Thunder’ Was A “Dream”
By Brad Witter
Get Even More From Bustle — Sign Up For The Newsletter