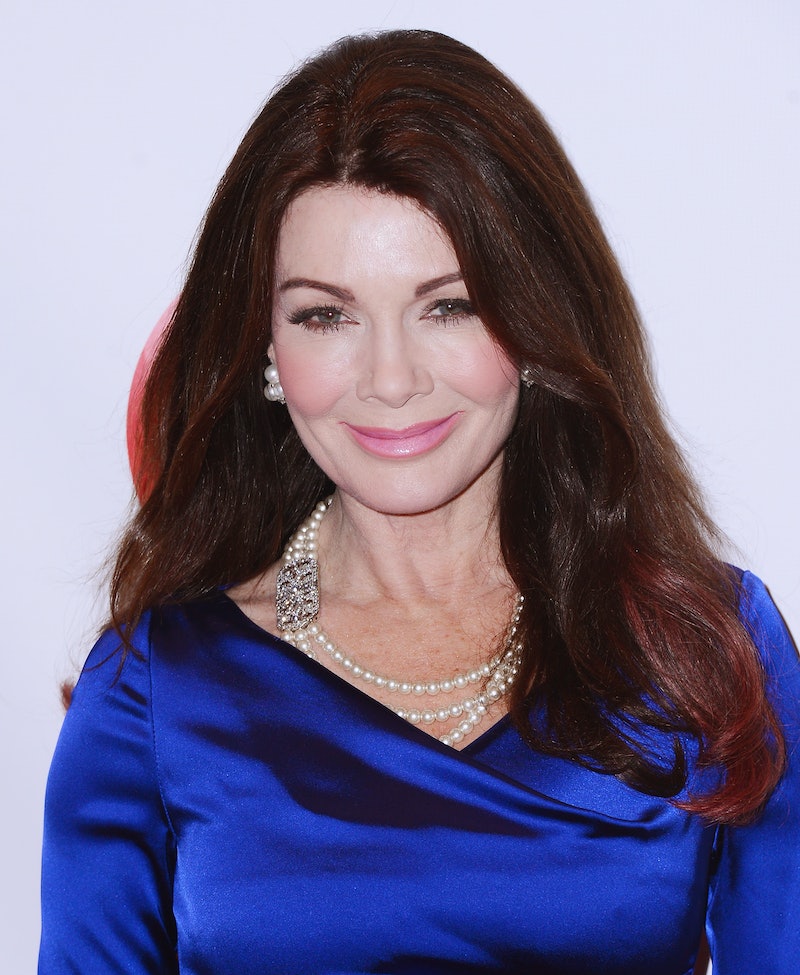 These ladies are pretty competitive when it comes to having the best homes, wardrobes, parties, and businesses, so I can't help but wonder how much money they really have. Watching the show, it's hard to tell how rich the women are compared to each other. They all throw ridiculous parties, go on shopping sprees, donate to charity, and get cosmetic procedures, so it's pretty tough to figure out who has the most money amongst the constant spending sprees. But I've done just that. Here is an ordered ranking of all of the Real Housewives of Beverly Hills' net worths — including past and presents cast members.

It doesn't really shock me to see Kim in the last spot in this list. She's pretty much the only one on the show who doesn't brag about business ventures or outrageous spending. As anyone who watches the show knows, Kim was a child actress, but these days, unlike her peers with their product lines and endorsements, Kim is just focusing on bettering herself and staying sober instead of adding to her brand.

Aside from being a former Real Housewives cast member, Taylor Armstrong has acquired most of her net worth though her marriage to ex-husband Russell Armstrong, a venture capitalist. She is also the Chief Creative Director of BeautyTicket.com and President of Elmplement Inc., a management consulting firm that she helped start.

Brandi Glanville works hard for her $1 million net worth. She is a model, author, and radio host. She also has her own line of wine, appropriately named Unfiltered Blonde.

Kathryn Edwards is one of the newest women to join Real Housewives of Beverly Hills . At this point, she is best known for being the wife of former NFL player Marcus Edwards. She also added to her net worth through her past modeling work.

Before joining Real Housewives, Eileen Davidson was mainly known for her work as an actress on several soap operas including Days of Our Lives, The Young and the Restless, and The Bold and the Beautiful. In addition to her acting work, Davidson has written several mystery novels.

Erika Jayne Girardi earned a lot of her fortune through her work as a singer in the dance/club genre. She is also married to a very successful lawyer named Tom Girardi.

Lisa Rinna has accumulated her net worth through her years as a working actress on television and in movies. She has also appeared on other reality shows like Dancing with the Stars and Celebrity Apprentice. On top of that, she owns a clothing store called Belle Gray in Sherman Oaks, California.

Joyce Giraud's time on the show was pretty short-lived with only one season as a full time cast member, but she is doing just fine without RHOBH. Joyce has an estimated net worth of $10 million. She is a former beauty pageant winner, model, and actress who is married to a successful movie producer named Michael Ohoven.

This is where the list really jumps into the big leagues. Kyle Richards has a net worth of $30 million. Like her sister, Kim, she was an actress since as a young child. In addition to starring on Real Housewives of Beverly Hills, she released a book titled Life Is Not A Reality Show: Keeping It Real with the Housewife Who Does It All. Her husband Mauricio Umansky has a successful career in luxury real estate, which can't hurt Kyle's net worth.

After seeing Yolanda Foster's luxurious fridge, it's pretty obvious that she has a lot of money. She was a successful model and interior designer before joining the show. It has also been reported that she received a pretty hefty settlement from her divorce with her ex-husband Mohamed Hadid. And now she is married to legendary music producer David Foster, so that is definitely increasing her net worth.

Camille has worked as an actress, model, and dancer in the past, but she has gained a lot of her fortune through her marriage to Kelsey Grammer. As fans all know, that did not end so well, but reportedly, she had a pretty hefty divorce settlement.

It is not at all surprising that Lisa Vanderpump has a net worth of $65 million. She owns LA restaurants Sur, Villa Blanca, and Sur in addition to 23 other restaurants, bars, and clubs. Lisa also has her own line of sangria. She also used to be a television actress.

Carlton was only on Real Housewives of Beverly Hills for one season, so I feel like we barely got to know her. It makes sense that she's super rich considering her only real story line was creating that sex-themed room for her husband and I can't imagine that most people have that much extra money around. She used to be an actress and started working in interior design in the 2000s. She really gained a lot of her fortune through her marriage to David Gebbia, an owner of a successful brokerage firm.

Wow! These Beverly Hills ladies are really on another level compared to Housewives from other cities when it comes to money. They all have very impressive net worths, so it's interesting to see how these constantly competitive women really stack up when it comes down to it.

More like this
What Jen Shah's Delayed Sentencing Could Mean For The 'RHOSLC' Season 3 Reunion
By Brad Witter and Jake Viswanath
What To Know About Simon Guobadia’s 3 Ex-Wives & Children
By Brad Witter
Silvio Scaglia Is Wealthier Than 'My Unorthodox Life' Star Julia Haart
By Radhika Menon
What Is Julia Haart’s Net Worth? The My Unorthodox Life Star Is A Shoe Mogul
By Radhika Menon
Get Even More From Bustle — Sign Up For The Newsletter