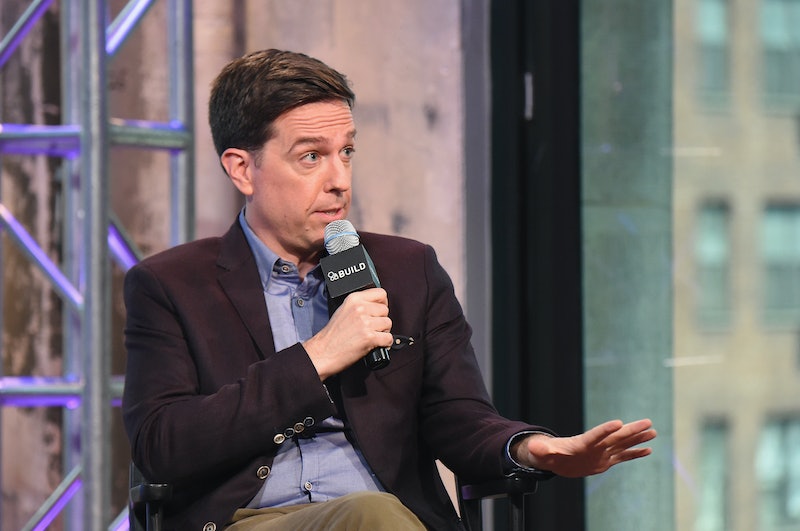 ABC is continuing its push for diversity with more sitcoms led by minorities, and Deadline reports that the newest in their lineup will be Picante, Mexican-American workplace comedy written by Upright Citizens Brigade alum Lindy Gomez. Ed Helms, who has gone on to enormous fame, and who also hails from UCB, bought the project through his company Electric Pictures Co. It’s another victory for ABC, who in the past few years has made a valiant and successful effort to expand the diversity of its sitcom lineup. And though of course this doesn’t mean the shows they feature are perfect in every way, it’s hugely refreshing and relieving to see such diverse casts on a major network, and so far, so good; especially with this new show being written by Gomez, a woman of color.

Picante centers on "the owner of a food manufacturing and distribution plant who juggles running a business with the obligation of employing his entire Mexican-American family." It will join the list of minority-driven shows that ABC already has: Quantico, Black-ish, Dr. Ken, Fresh Off The Boat, and of course Shonda Rhimes’ resident block on Thursday nights with Scandal, How To Get Away With Murder and Grey’s Anatomy. And somehow she is working on another new show called The Catch. It's an impressively diverse host of shows, and the shift came in 2014 when ABC decided to invest in a calculated diversity push.

The network’s entertainment chief Paul Lee said “he chooses shows that tell good, authentic stories — and that authentic means specific.” Meaning: stories of people of color are just as “authentic” as what is considered “normal” television fare: featuring casts of mostly white actors with people of color in the background.

ABC has created an opportunity for their diverse shows to succeed and fail by “regular” standards, meaning not held up to adequately representing their respective community of color, but rather, whether the shows are enjoyable and watchable. There’s a lot more responsibility placed on shows like Fresh Off The Boat, Black-ish and Quantico to stand as models of representation, which is a standard that is often not held up to shows that are predominantly white.

Not that criticism isn’t necessary and important. For example, Eddie Huang, whose memoir inspired Fresh Off The Boat, has valid criticism of the sitcom based on his memoir about being a Taiwanese-American and growing up with immigrant parents. But Huang has since distanced himself from the show, angry that ABC has distorted his vision. Huang criticized executive producer Melvin Mar in New York magazine, saying, “The network’s approach was to tell a universal, ambiguous, cornstarch story about Asian-Americans resembling moo goo gai pan written by a Persian-American who cut her teeth on race relations writing for Seth MacFarlane. But who is that show written for?" His anger at his story being distorted should be given as much thought as the sitcom itself: if Fresh Off The Boat failed to tell the story that Huang wanted to tell, that is an issue.

But, personally, I believe that on some level, it's a victory that these shows have a space on a primetime lineup. It's a success to me that there are two shows that star Asian-American (Fresh Off The Boat and Dr. Ken), a demographic barely represented in mainstream television: only about 2 to 4 percent of characters on television are of Asian descent. And Picante will only further the types of stories being told on such a platform, focusing on a Mexican-American family. Whether it ends up good or bad, funny or deadpan, long-running or cancelled, it stands the chance, by being bought in the first place. Unfortunately we have to start somewhere, and that's at the opportunity.

And here's an interesting development: NPR's code switch team was disappointed in Dr. Ken for uncomfortable racial jokes, noting that this season's offerings are not as innovative or transgressive as last year's, and asks if that means "quality will lag behind." But, they observe: "One could argue progress on diversity means seeing people of color in shows where their race or culture isn't the primary or most important topic. And media analyst David Bank, a managing director at RBC Capital Markets in New York, suggests that the turn toward more generic subjects might actually make shows featuring non-white actors more successful." Meaning: if American audiences start to see this minority-driven stories as "normal," they are more likely to accept them. And that's a sign of some progress.