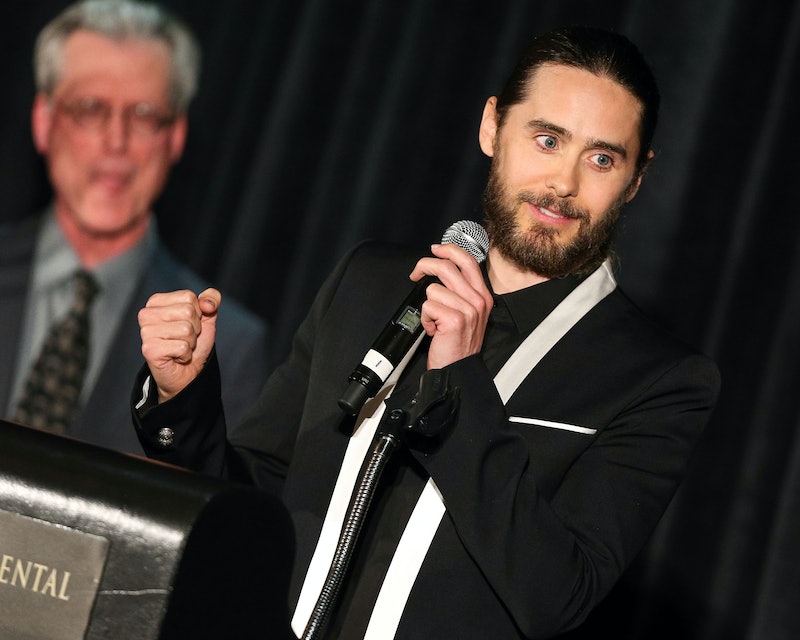 When you have big names like Bradley Cooper and Jared Leto in the mix, it's hard to know who will take home the 2014 Golden Globe for Best Supporting Actor in a Motion Picture. Leto, nominated for Dallas Buyers Cub and Cooper, nominated for American Hustle, were up against Barkhad Abdi for Captain Phillips, Daniel Brühl for Rush, and Michael Fassbender for 12 Years a Slave. Though each actor delivered a dynamic performance, the Hollywood Foreign Press decided that it was Leto who deserved the trophy. And wow, they were right.

Many thought that it was Leto's race to lose. The 42-year-old actor wowed everyone with his portrayal of a transsexual AIDS patient alongside lead actor Matthew McConaughey, and lost close to 40 pounds for the role. He also waxed his entire body and changed the pitch of his voice. As Leto mentioned in his speech, he was happy that this wasn't a period piece, lest he have to go "full Brazilian — Ladies, you know what I'm talking about. And so do some of you men."

Dallas Buyers Club has pulled in $16.6 million at the box office and though it was not nominated for Best Motion Picture, McConaughey and Leto each received acting nods.

Interestingly enough, none of the actors nominated in this category has won a Golden Globe before. Sorry, Cooper, Brühl, and Fassbender. better luck next time. This night belonged to Leto.