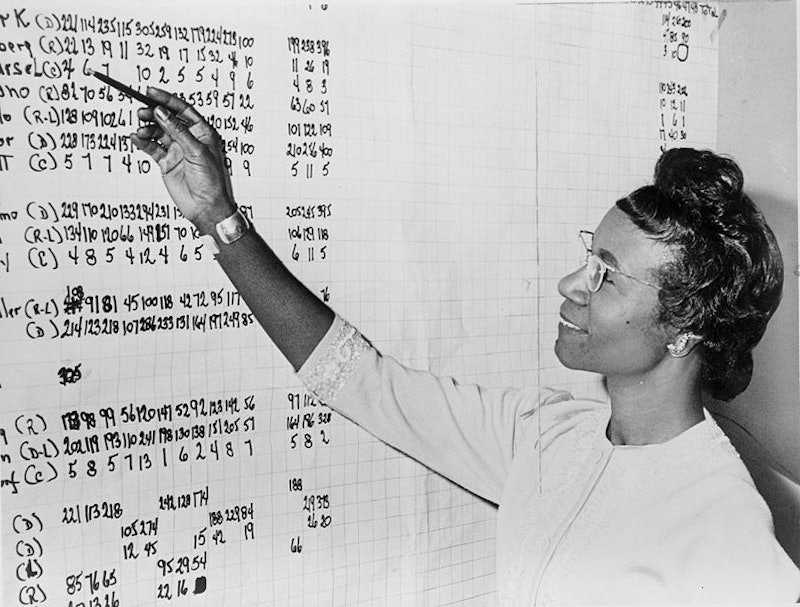 What do a 10-time Grammy winner, a pioneering mathematician, and an advocate for grieving military families have in common? All are among those receiving the Presidential Medal of Freedom. The White House on Monday released a list of the 17 Americans who will receive the Presidential Medal of Freedom this year. Six women are included, some household names, some not. The recipients are diverse. While some are politicians, philanthropists, and activists, others made significant strides in science, music, and entertainment. All have contributed significantly to national safety, culture, or peace, and have made an international mark on humanity. In a statement, Obama said:

I look forward to presenting these 17 distinguished Americans with our nation’s highest civilian honor. From public servants who helped us meet defining challenges of our time to artists who expanded our imaginations, from leaders who have made our union more perfect to athletes who have inspired millions of fans, these men and women have enriched our lives and helped define our shared experience as Americans.

The recipients will receive their medals on Nov. 24 at a White House ceremony. Read on for a sneak peak of the groundbreaking contributions of the women who are awarded this year.

Carroll lost her husband, Brigadier General Tom Carroll, in a plane crash in 1992. Since then, she's become an activist, spokesperson, and political consultant. Carroll, herself an Air Force Reserve major, founded the Tragedy Assistance Program for Survivors, an organization that provides emotional, psychological, and legal support for military families who lose a loved one in the armed forces. She's served on a number of government military advisory boards and recently co-chaired the Department of Defense Task Force on the Prevention of Suicide in the Armed Forces. She served in Baghdad, where she helped improved communications for the Iraqi people. She also wrote numerous articles on grief and trauma, and has appeared on CNN, Fox, and NBC to discuss military loss. Carroll has received tons of awards for her work, and is all-around an amazingly impressive person.

The incredibly courageous Chisholm was the first black congresswoman and the first African American to make a serious bid for presidency. Born in Brooklyn, she was elected to Congress in 1968 and represented New York in the House of Representatives for seven terms. She helped found the Congressional Black Caucus in 1969, a crucial year for the Civil Rights movement. Chisholm was active in promoting education and employment for minorities, and in 1972 attempted to run for president. Later on in life, she authored two books and taught at Mount Holyoke College. Chisholm passed away in 2005. "She was our Moses that opened the Red Sea for us," Robert E. Williams, president of the NAACP, said after her death.

The famous singer, actress, songwriter, entrepreneur, and seven-time Grammy recipient is one of the most influential musicians to introduce Latin music to the rest of the world. The Cuban-American singer is one of the most successful living musicians, and has sold over 100 million records. Estefan owns properties in Miami that she has fought to preserve and restore, and is a board member on the National Trust for Historic Preservation. She belongs to the Latin Songwriters Hall of Fame and received the Ellis Island Medal of Honor, an award that recognizes the contributions of immigrants to the U.S. Estefan receives the award along with her husband, Emilio.

Streisand, an iconic Broadway actress, singer, TV and movie star, and outspoken Democrat, has enjoyed incredible success since the 1960s. The Barbara Streisand Album, released in 1963, was Album of the Year. Only a short while later in 1973, Streisand was nominated for Best Actress for the classic romantic tearjerker The Way We Were. She continued to release hit after hit, and in 1994 her live album The Concert raised $10 million, which Streisand donated to several charities. She's also raised millions for Democratic politicians. Streisand, the top-selling female artist of all time, is a Tony, Oscar, Emmy, and Grammy recipient many times over.

Johnson was an instrumental mathematician for NASA and broke taboos as a black female scientist. Born in 1918, the brilliant Johnson attended college at just 15 years old, eventually receiving a graduate degree in mathematics. She helped calculate the 1961 flight for the first American in space, verified the 1962 flight calculation for the first American to orbit the earth, and worked on the 1969 Apollo 11 mission to the moon.

Mikulski, a senator from Maryland, is the longest-serving woman in Congress, first elected in 1986. She receives the Medal for her longtime work promoting women's issues, healthcare, and college affordability. The former social worker became active in Baltimore politics in the early 1970s, and has been prominent in the Democratic party since her election to the Senate. Among her many contributions, Mikulski was instrumental in pushing through the Lilly Ledbetter Fair Pay Act, which makes it easier for women who experience wage discrimination to sue employers. Mikulski recently announced she will retire in 2017.