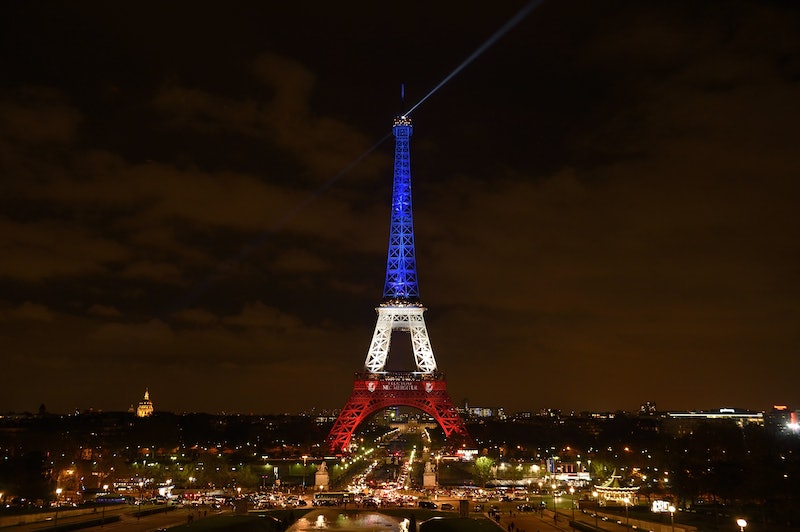 Some claimed that the lights going out on Paris' most recognizable landmark was a moving tribute to the 129 lives lost so far in Friday's attacks. Whether that was true or not has been the topic of some discussion. Monday night, though, the lights were very much on. The colors of the French flag were beamed onto the Eiffel Tower as a patriotic tribute to the victims of the terrorist attacks. The tower also reopened to tourists Monday afternoon, after being closed since the attack.

On Saturday night, about 24 hours after the attack, CBS News reported that the tower had gone dark as a "symbol of mourning." However, that didn't seem right to New-York-based software company CMO Rurik Bradbury. He went on to tweet sarcastically that the lights were out for the first time since the tower was built in 1889 to poke fun at the ease of creating fake news. He was retweeted 29,000 times. The truth is that the tallest structure in Paris goes dark every night at 1 a.m., and done so has for many years.

Paris Mayor Anne Hidalgo requested the tricolor tribute. The motto of Paris, "Fluctuat nec Mergitur," which means, "She is tossed by the waves but does not sink," will also be projected onto the deck of the first floor. The remembrance will continue through Wednesday night. Through Facebook profile pictures, Tweets, peace logos, and more, the tower has in many ways been a symbol of the past days in Paris.