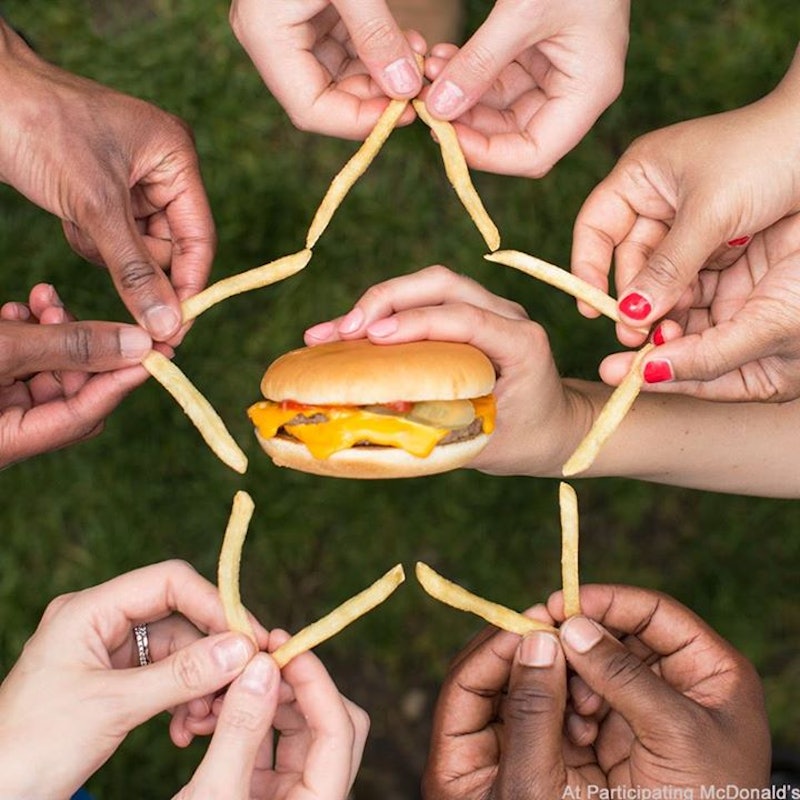 I remember the good old days of the McDonalds Dollar Menu, from which I would often purchase from as a teen after school or before going to my part-time job in retail — the offerings were actually cheaper than cooking. This is why it was such a tragedy when the fast food chain got rid of the Dollar Menu two years ago. But I have good news for all former Dollar Menu devotees: The new McDonald's McPick Two menu will be introduced in January of 2016, and it looks like it's going to be even better than its predecessor. And given how fantastic the Dollar Menu was? That's really saying something.

In 2013, McDonald's Dollar Menu was replaced by something called Dollar Menu & More, with prices that ranged from about $1 to $5. However, it proved not nearly as popular as its the original Dollar Menu: Said CEO Steve Easterbrook in a conference call with Yahoo! this summer, "Some of the challenges we've had in the U.S. have been somewhat self-inflicted. We moved away from the Dollar Menu and didn't replace it with significant-enough value in the eyes of consumers."

That's where the McPick Two menu comes in: It will allow you to pick two menu items for a total of $2. The choices include the famous McDonald's McChicken and McDouble sandwiches, a small order of fries, and their new mozzarella sticks. I have to admit, it is pretty impressive to see what could be an entire meal offered for just $2. I'm not sure anyone else can compete with that!

According to AP The Big Story, the McPick Two menu will be rolled out nationwide starting on Jan. 4, 2016. But, before you get too excited, McDonald's hasn't yet solidified a permanent place in their lineup for McPick Two; they are going to start with an initial five-week test run of the menu option. After the five weeks is up, franchises will be given the choice as to whether or not they'd like to keep the McPick Two on their store's menu. I guess we'll just have to wait and see in February how that plan works out.

Of course, McDonald's is certainly not the only fast food chain offering deep discounts lately — so in case you can't wait until January for the McPick Two, here are three other fast food deals you can get in on right now.

KFC's $5 Fill Up menu allows you to get an entire meal, including a drink, for only $5. The offerings for this menu include many of their classic dishes, like Three Piece Tenders, Pot Pie, and their Famous Bowl.

Wendy's recently started offering a four for $4 menu option that allows customers to get four menu items for only $4. The menu options available for this deal include the Jr. Bacon Cheeseburger, chicken nuggets, fries, and a soft drink.

If you like chicken nuggets, you'll love the new promotion from Burger King. BK is offering 10 pieces of chicken nuggets for only $1.49 — that's less than 15 cents a nugget!