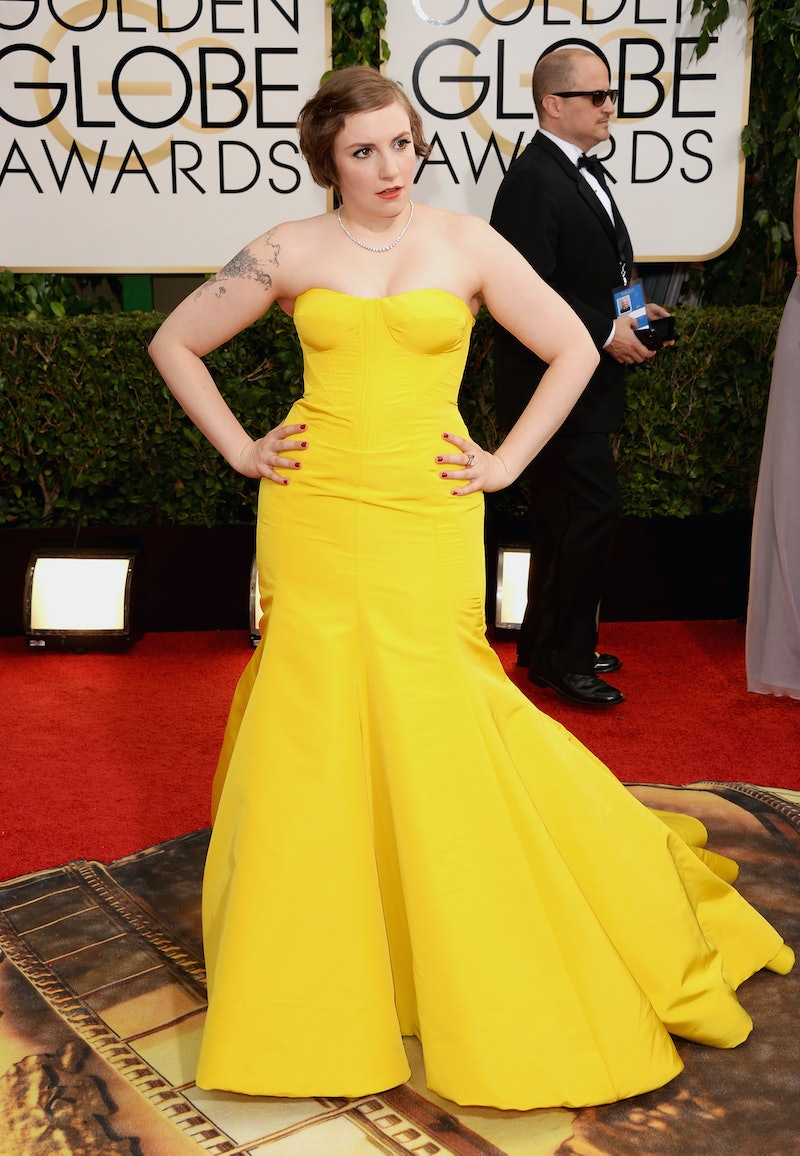 Oh, red carpets. Award season brings out television reporters' best work — only the hardest-hitting questions are allowed, and the 2014 Golden Globes are no exception. While actors and actresses of the highest pedigree strut around in spanx and sparkles, the on-air likes of Ryan Seacrest, Giuliana Rancic, Ross Matthews, Kelly Osbourne, and more break out the most intellectually stimulating quandaries of our modern times to spark conversation a plenty.

Sometimes, unfortunately, these intense tête-à-têtes result in an occasionally embarrassing, ridiculous, or hilarious quip. But instead of letting them get lost in the gauze and glamour of this year's festivities, we decided to round up the best ones for you. Check back often to see what wordy wisdom America's favorite celebrities have for us, as we'll be updating live throughout the carpet.

"I love your hair! It's kind of messy but like, done." - Giuliana Rancic

"That whole shoulder length hair thing is a thing!" - Ross Mathews being astute

"Wait, I kinda do love you." - Giuliana Rancic on Elisabeth Moss and her middle finger

"Whenever you see me, I'm on antique quaaludes." - Tina Fey

"They call it Irish Alzheimer's." - Bono

"Please, I need you to save my ass." - Cate Blanchett to Leonardo DiCaprio

"It was just wet, not stinky?" - Jim Parsons on the red carpet water main break, and/or Ryan Seacrest

"I know, I've never had boobs before!" - Olivia Wilde on dressing her baby-making figure

"This face. What is it like to wake up to this face?" - Giuliana Rancic on Camila Alves' face, because she has one

"One of my best friends is dating my other best friend, Lena!" - Taylor Swift on her INFINITY BEST FRIENDS

"I was going to come in and push you down the stairs..." - Jennifer Lawrence saying what we're all thinking about Taylor Swift

"I...guess...?" - Don Cheadle quizzically appeasing Jimmy Fallon as he begged him to be on The Tonight Show

"You wear clothes so beautifully!" - Giuliana Rancic on Julia Louis-Dreyfus' ability to put clothes on her body

"It opens Wednesday or Friday." - Chris Pine being unable to do the one job he's supposed to do on these (promote his movie)