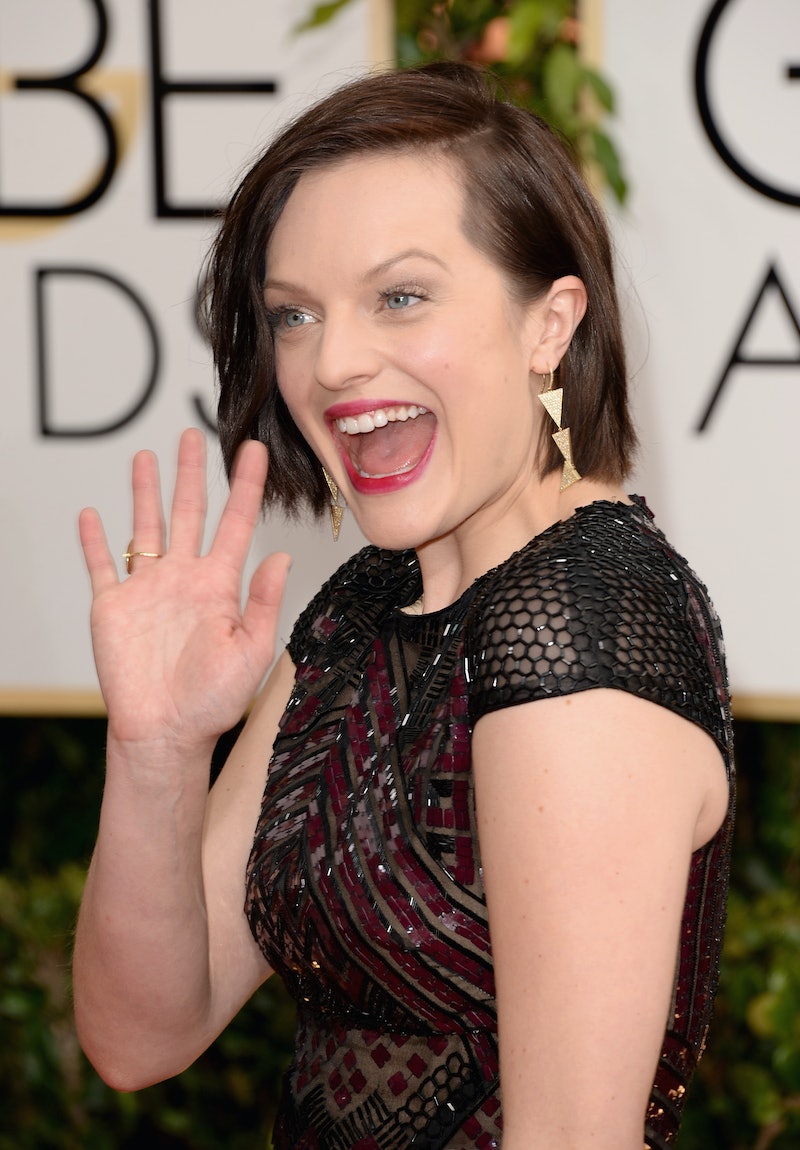 Elisabeth Moss just did what we wish that SOMEONE would have had the chutzpa to do since the mani cam's installation — FLIP IT OFF. Moss took the initiative to liven things up a bit on the sometimes-slow first hour of the 2014 Golden Globes red carpet and probably changed the mani cam forever, in the best way possible. Disclaimer: we are disappointed in/cannot believe Jennifer Lawrence did not do this herself at previous award shows. Sounds right up her alley.

While hilarious in her own right, Moss's naughty finger gesture took a back seat to Giuliana Rancic's fantastically hilarious reaction to it. Moss declared that she had wanted to give E!'s mani cam the bird for awhile now and we are so, so very glad that she did. Plus, for all the frantic chatter in the beginning about the mani cam's whereabouts, it was a fitting way to say hey, "you guys want the min cam? You got it!!"

We've included the Gif of Mad Men's Peggy Olson gleefully unleashing the beast upon E!'s Live from the Red Carpet audience. Also, please take note at the way Rancic gapes as she watches Moss' cute little prank unfold — nothing gets past her, does it.

So far, Moss is winning this red carpet. Your move, Jennifer Lawrence. Seriously, make a move we can't wait.